Man to give brother the ultimate Christmas gift - a new kidney 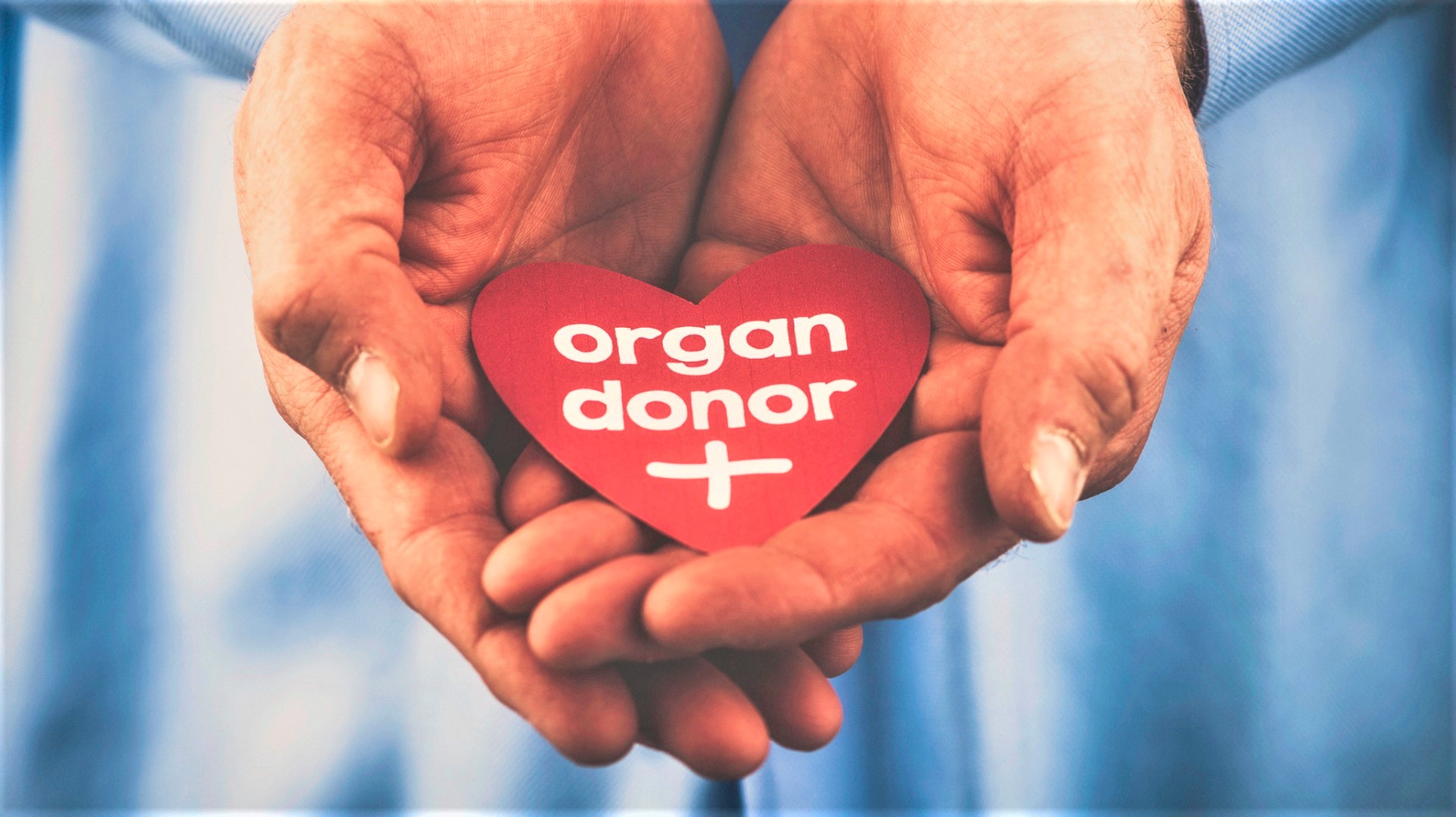 "Our little family has big news."

Eric Stapley wasn't sure what the text from his brother could mean. He and his wife, Kelsie, thought there was no way Kyle and his wife could be expecting another child.

After medical appointments and Eric's four hours of dialysis for the day, the couple met with the rest of the family at his mother's house in Cedar City.

They didn't know what exactly to expect when Kyle Stapley walked into the family living room clutching a small paper bag the evening of Nov. 15. They didn't know that its contents would be the answer to Eric Stapley's failing kidneys. They didn't yet know this gift has the potential to save the 33-year-old's life.

The clapping began as soon as he pulled a can of kidney beans out of the paper bag.

At first, though, Kelsie Stapley didn't get it.

Neither did her husband.

"How many?" someone asked, still thinking this was a baby announcement.

"Well, only my left one," Kyle replied.

In that moment, Eric and Kelsie Stapley both realized the tremendous gift Kyle was about to give — a kidney. They wouldn't have to wait five years for Eric's name to come up on the transplant list. He wouldn't have to sit through four hours of dialysis every single day just to survive. His brother would give him a kidney that would allow him to live again.

"It really is the ultimate Christmas gift," Lynette Stapley told The Spectrum & Daily News as she sat with her family in the living room of her home barely a week before the scheduled transplant surgery.

At first, Eric Stapley didn't know what was wrong in 2009. He quickly started losing weight and seemed to be constantly sick.

Doctors told him his kidneys were failing due to a disease called Wegener's granulomatosis. The chronic disease attacks the organs in the body by slowing the flow of blood to the affected area. For Eric, the disease targeted his kidneys. No one knows exactly what causes Wegener's, but it often appears after an infection triggers an abnormal reaction from the immune system. Without proper treatment it can be fatal.

Doctors put him on a hefty cocktail of steroids and medications to keep the disease in check.

"We thought we were doing well with that and then I came home in September of that same year I came home from work and found him on the floor unresponsive," Lynette Stapley recounted through tears.

He was rushed to the Cedar City Hospital where he had a second grand mal seizure. The gravity of the situation forced doctors to transport him to LDS Hospital in Salt Lake City where doctors spent days scrambling to figure out what exactly was happening inside of Eric Stapley's body. He was only given a 15 percent chance of surviving the transport.

The diagnosis wasn't good. The disease had attacked his kidneys and now had moved on to the then 25-year-old's brain. The seizures and the effects of the disease stripped him of his short-term memory and left him unable to work.

Life was manageable for a few years. The Stapley family established a routine of ensuring Eric was as healthy as possible. Nothing was certain and practically every day was a challenge as he could go from perfectly fine to being hit with full blown pneumonia in just a matter of hours. His kidney function kept dropping lower and lower.

Eric Stapley's kidneys finally gave out on Dec. 30, 2016. He was rushed to Dixie Regional Medical Center and put on dialysis to keep him alive. There were now no other options — he had to have a kidney transplant.

But getting a new kidney isn't simple. Hospitals don't just have extra organs waiting to be transplanted into sick patients. More than 101,000 Americans are currently on the waiting list for a lifesaving kidney transplant, but only 17,000 people receive one each year, according to the National Kidney Foundation. Twelve people die each day as they wait for the organ.

The Stapley's were told it would be at least three to five years before Eric would be up on the list. Until then, his life would be filled with hours on dialysis each day, low energy and a diet free of salt and potassium.

They were also presented with a second option — a living donation. A matching donor could give him one of their own kidneys. A living donor almost always offers better outcomes than a deceased donor, including a better recovery, increased functionality and less risk of rejection.

Immediately, Kyle Stapley knew he would be the one to give his brother a kidney.

"I immediately felt this was what I was supposed to do," he said. "If there was anything I could do to help him, I knew I had to do it. "

Despite his optimism, the odds weren't in their favor. Siblings only have a 25 percent match of being an exact match for a living donor, which is established through blood tests that look for matching blood types and antigens.

Knowing the odds, Kyle Stapley only told his wife and parents when he had a preliminary blood test completed in September. They had already faced the letdown of another potential donor not being an option after it was determined they weren't an eligible match.

He received a call from the University of Utah asking him to come up to Salt Lake for additional testing a month later.

Doctors told him that, not only was he a match, but he was a 100 percent match.

"I knew in that moment that I was truly the one that was supposed to be donating it," Kyle Stapley said. "It was phenomenal."

A date for the surgery was set for Dec. 19 they even announced he was a match. So, the family gathered in the living room for the big news barely four weeks before the secretly scheduled surgery date on Nov. 15.

Immediately after realizing what was happening, Kelsie Stapley was overwhelmed with emotion knowing what this gift meant for her husband. Her husband had been sick throughout so much of the six years they've been married, so the idea of having not having their lives controlled by the looming grasp of the kidney failure is phenomenal. It meant having the freedom to go on spontaneous and trips and seeing her husband be full of life and energy once again.

For Eric Stapley, the idea that his life is about to change for the better is still completely surreal.

"I've dealt with this for years and years," he explained. "It's been a part of my life for so long. I always knew I was going to need a kidney, but I never thought it would be this soon."

Both Kyle and Eric Stapley will have to temporarily relocate to Salt Lake for the surgery and subsequent recovery period. Usually, the donor goes into surgery first as the kidney is removed prior to being tested and cleaned out. It's then transplanted into the recipient shortly after.

Kyle will spend about three days in the hospital, while Eric will need the close care for about two weeks. Even after he leaves the hospital, he'll have to stay close by for at least two months just in case there's any unexpected complications.

Of course, the family will always be close by to help and offer support, because that's what they do.

Kyle Stapley is also sacrificing spending Christmas with his own wife, Kim, and their children. He won't be able to pick-up his own daughters or work for about two months as he recovers from the transplant. Ultimately, he is expected to make a full recovery from the transplant surgery and return to his normal life - just with one less kidney, of course.

"What Kyle is doing is the most selfless thing in the world," she said. "I feel like he is giving up so much and he knows the risks, but he's going into this knowing how much it will help his brother and how much it outweighs every obstacle and negative thing. He's my hero for this."

Unfortunately, the transplant isn't a solution to all of Eric Stapley's health problems. It will only help with the kidney failure, which is a side effect of Wegener's granulomatosis. He'll still have the disease and it will likely lead to additional complications in the future. There is a possibility that it will attack the new kidney after the transplant.

But the fact that the procedure isn't lifesaving doesn't deter Kyle Stapley.

"They say it's only a 'life improving' surgery," he said. "But you can look at it both ways because if he didn't get one (a kidney) at all it is lifesaving. Sure, he could live on dialysis for four hours a day, but that's no way for anyone to live."

Lynette and her husband could never have imagined two of their four children would be in this unique and heartbreaking situation. It's been devastating to watch their son struggle with something they couldn't fix. The family was also burdened with Lynette's own cancer diagnosis three years ago. Through it all, she has continuously been blow away and humbled by Kyle's selflessness and Eric's unwavering hope and perseverance.

"It's hard to put into words the emotions I feel," she said. "Watching my sons as they are going through this experience has given me a greater appreciation of what it truly means to give. I am so grateful to be a witness of the unconditional love they have for each other and for Kyle being so willing to give Eric back the gift of life. I have been so blessed to have such great kids."