Man held with firearm in Tobago 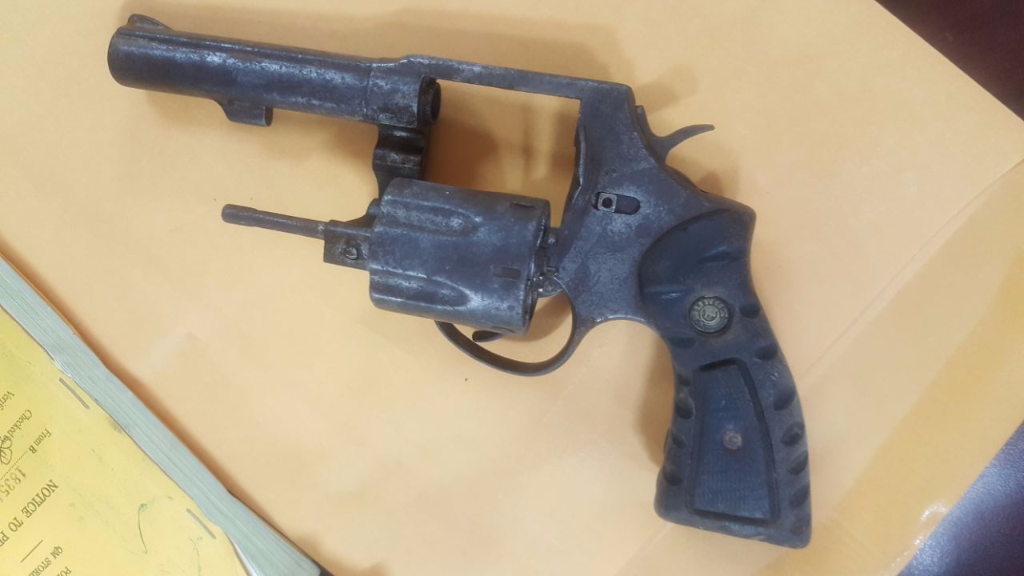 One man is to be questioned after he was allegedly held on Tuesday with an illegal firearm in Tobago.

The unnamed suspect was held in Britton Hill, during a routine mobile patrol by officers of the Roxborough Police Station.

According to reports, at about midday, a team of officers including Inspector Parsanlal, Sgt. Roberts and PC Toppin observed a man along the roadway.

The individual, police said, began acting in a suspicious manner on seeing the police and removed an object from his waist and threw it into the nearby bushes.

He was confronted by the police and the object was retrieved. The officers found and seized an unloaded .38mm revolver.

The suspect has been held and is expected to be questioned before being charged and brought before the courts.

Three held after pistol found hidden under back seat