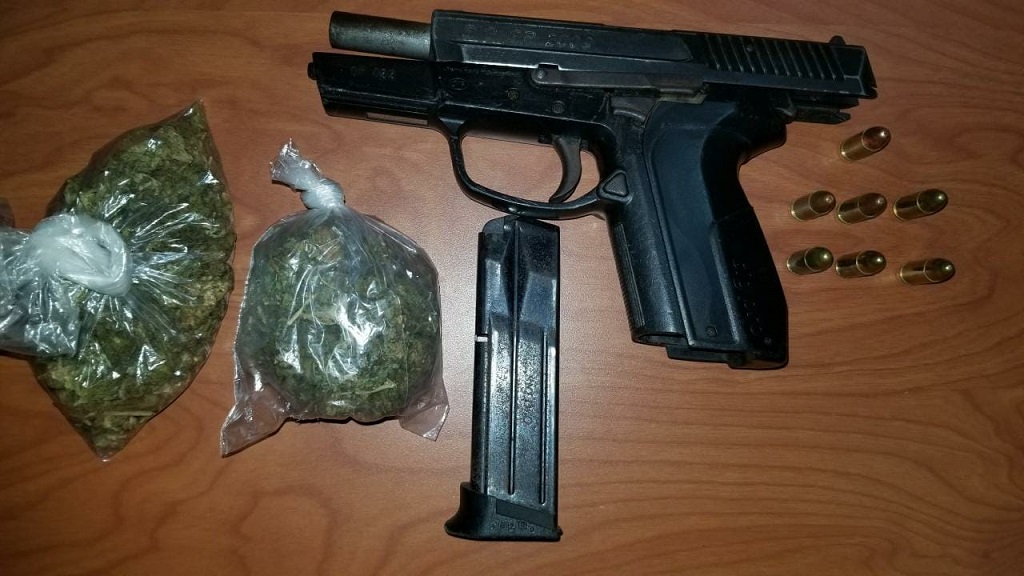 A loaded firearm was found and seized during police exercises in Diego Martin on Monday morning in an area which has had increased gang activities in recent times.

The weapon, a SIG PRO pistol containing seven rounds of ammunition, was found and seized along Odonahue Street, Diego Martin.

A 43-year-old man was held in connection with the find.

The exercise which resulted in the seizure was conducted by Inspector Vincent & Sgt Arneaud and included Acting Corporals  Dominique, Khan, Clement Murray, as well as PC 's Mc Clean, Roberts, Gilkes, Genty, Christopher, amongst other officers from the Western Division Task Force.

During Monday morning’s exercise, special emphasis was placed on two areas commonly called the "coco" and the "cow pen".

The 43-year-old was charged by PC McClean and was due to appear before a Port of Spain Magistrate on Tuesday.

During the same exercise, PC Roberts executed a search warrant at the home of two men, aged 24 and 222, where 62 grammes of marijuana was found and seized.

They were both subsequently charged by PC Roberts.

Several other houses were searched nothing illegal was found.