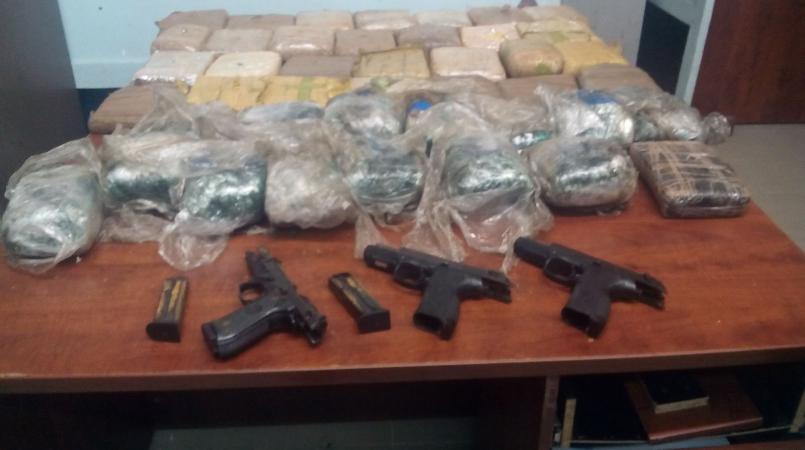 The 21-year-old, who gave police three different addresses in Chaguanas, Maraval, and Montrose, was held during a police exercise along High Street, Siparia.

According to reports, officers of the South Western Division, led by Sgt Gosine, with assistance from PC Ramkisson, PC Jaggessar, and WPC Toussaint, were conducting routine road checks, when they had cause to stop a silver Nissan B15.

The stop, police said, was a regular stop, however, the man allegedly began acting suspiciously during a conversation with officers, which led to a decision to search the vehicle.

The drugs – said to include 42 packets of marijuana and a quantity of cocaine – were then found, along with three Beretta 9mm pistols.

As a result of the find, the man was immediately arrested and taken into custody.

The suspect has since been questioned and background and identification traces are expected to be performed to see if the 21-year-old is wanted in other divisions for any criminal activities.