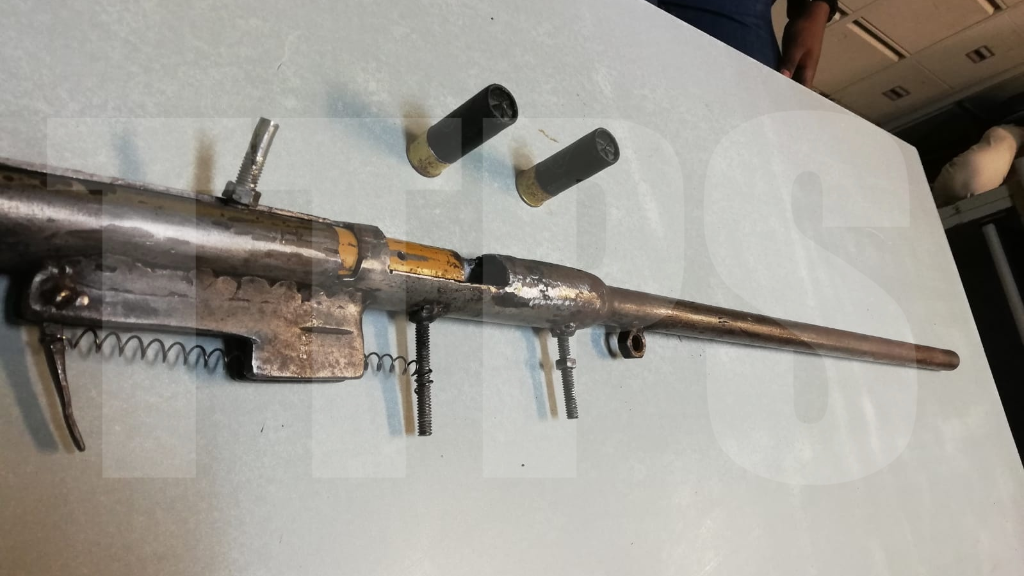 One man was arrested and component parts of a homemade shotgun and a quantity of ammunition seized, by officers of the Eastern Division Task Force (EDTF), during an anti-crime exercise conducted in the Sangre Grande district early this morning.

Officers of the EDTF along with personnel of the Special Operations Unit, Sangre Grande Criminal Investigations Department and Canine Branch, carried out the exercise between 5.00am and 9.00am, on Tuesday, April 21, during which they executed a search warrant at the Vega de Oropouche, Sangre Grande, home of a 37-year-old man.

The search resulted in officers finding a shotgun barrel, trigger mechanism and two 12-gauge cartridges in the house.

The man was arrested in connection with the find.