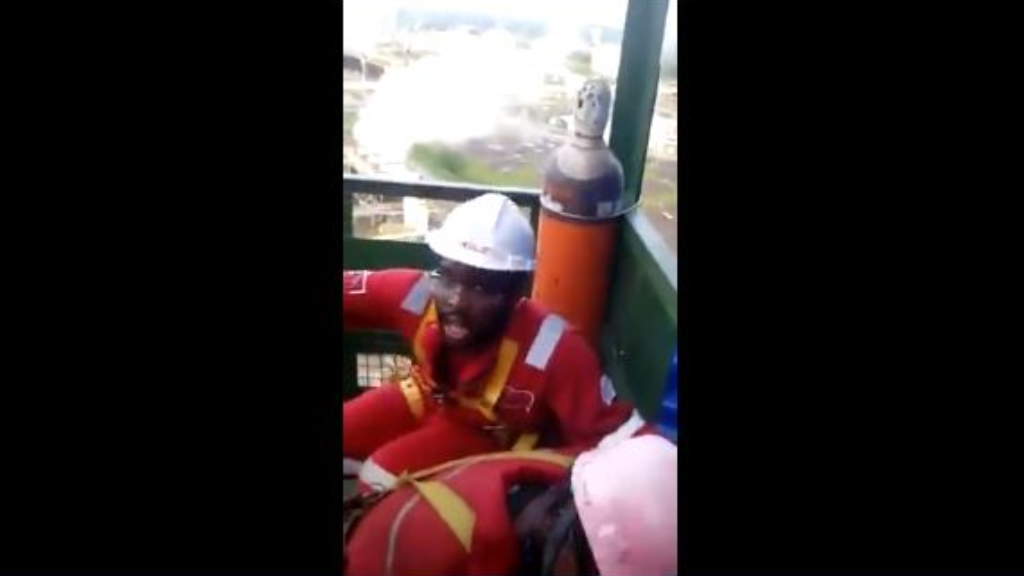 For many, Tuesday's 6.9 earthquake lasted for over one minute - but for 29-year-old Richard Ramdhin of Tabaquite, it felt like a lifetime.

Ramdhin is a radiographic testing technician at a plant in Point Lisas.

He is the voice behind the video which has gone viral on social media, showing three men elevated some 200 feet in the air in a man-basket attached to a crane, during the major event.

In the 36-second clip, Ramdhin can be heard saying 'earthquake Tallman, Tallman earthquake'.

Moments later it appeared as though he noticed it was not about to come to an end any time soon.

Speaking with Loop TT two days and 37 aftershocks later, the Tabaquite man said the entire incident was the most traumatising experience he has ever had.

"It was a very terrifying experience, first time I really experience something terrifying so because we was like almost about 200 feet up in the air at that time."

It was around 5:31 pm on Tuesday when Ramdhin began recording as the basket began swaying.

Seconds into the recording, he announced that it was an earthquake.

The video has been shared and viewed thousands of times across various media platforms.

Members of the public are assured that while the three men are shaken up, they are safe.