Many in Venezuela's 2nd city turn to prayer, not politics 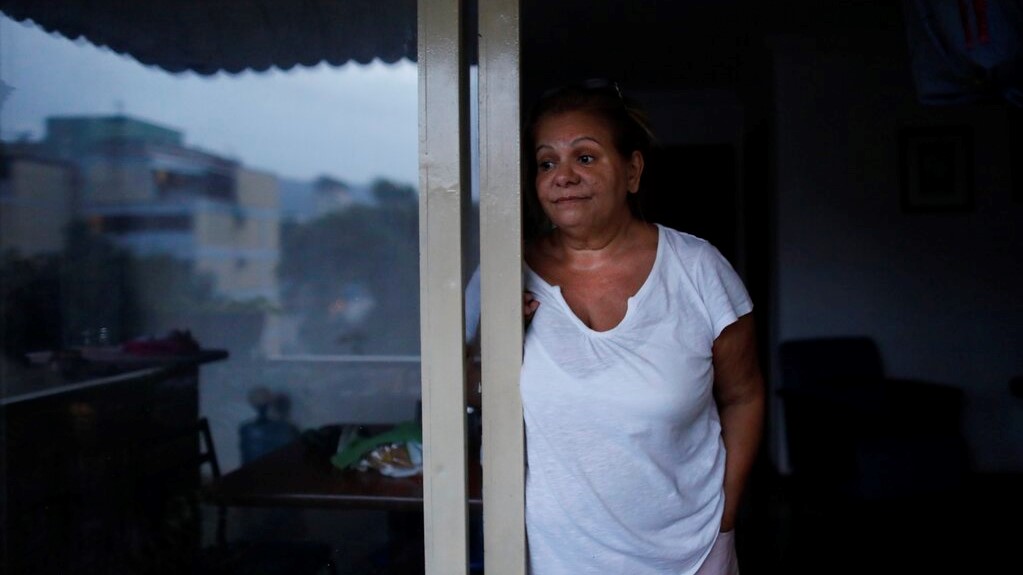 Thanks to the generosity of neighbours, Hayde Chacin and husband Jose Calderón are surviving their elderly years on the outskirts of Venezuela's second-largest city of Maracaibo.

The manager of a nursery down the street gives them a bit of rice when they have nothing else to eat. The night watchman at a restaurant across the street runs a hose every other day to their house to fill up buckets of water.

Neighbourhood trash heaps provide discarded plastic bottles that they cash in for pennies and wood to burn for cooking on an open fire in the backyard. They complain government social programs fall short.

The couple focuses on daily survival, accepting their hard lot even as Venezuelan opposition leader Juan Guaidó pushes for street protests in his protracted campaign to oust President Nicolás Maduro.

Few in Maracaibo have responded to Guaidó's efforts to reignite his movement, despite it being a city hard hit by crisis. Its residents endure daily power outages in a region that's punishingly hot.

Vast oil reserves pumped from Lake Maracaibo once made Venezuela one of Latin America's wealthiest nations. Critics blame two decades of socialist rule for destroying an oil industry that today produces a fraction of what it did at its height two decades ago. The Venezuelan government blames US sanctions for many of its problems.

Some banks of the lake are constantly covered in a slick of spilled oil from the broken platforms, making it hard for local fisherman to make a living. The smell of crude wafts into a city with more than 1 million residents.

Thousands of Venezuelans flocking to Maracaibo's ornate basilica each year at this time traditionally ask for help overcoming illness or conceiving a child. But many faithful say the economic crisis driving the exodus of millions has made them ask for something bigger than themselves.

"I've come here to pray for Venezuela, asking for a miracle much larger, that they help all Venezuelans escape this crisis," said 36-year-old worshipper Jessica Araujo. She became emotional while talking about her husband's departure to Colombia four months ago with the promise to send home money to his wife and their two young children.

So far, no money has come, she said.

Worshippers launched the holiday season with a ceremony on Monday that drew masses, even as the crisis strains budgets and breaks up families. They gathered around the Virgin of Chiquinquira, one of Venezuela's most revered Catholic icons.

Nationwide, an estimated 4.5 million residents have fled Venezuela, most going to nearby Colombia, Peru and Ecuador. They search for better jobs to send money home, but they often confront backlash and hardships as their numbers steadily grow.

Guaidó in January declared presidential powers, vowing to end socialist rule, but his attempts have stalled, despite backing from more than 50 nations, including the United States, which has targeted Maduro's government with far-reaching sanctions aimed at forcing him out.

Maduro has not budged from power.

In Maracaibo, located in Venezuela's western Zulia state along the Colombian border, many residents say they've abandoned political marches, lacking faith in leaders or fearing for their personal safety.

Araujo, 36, said she couldn't join the demonstration, having to care for her two young children, ages three and four. Her husband left for Colombia, promising to send back money from selling street food, but he calls her only to report difficulty making a living, she said.

She's thin and continuing to lose weight, living on $5 or $10 that friends occasionally send her from abroad.

"With this, I'm surviving," she said. "There are so many hungry children in the streets."

Maracaibo residents on Monday held a celebration opening the holiday season, but the faithful continued to fill the pews the next day. They quietly bowed their heads, many saying they reflected on their family members and friends driven far away by the crisis.

Johan Bolivar, 31, sells vegetables nearby at the city's largest open-air market. He said vendors like him have begun packaging small bags of vegetables, called "combos," made up of a single tomato, onion and potato.

It's cheap for customers who can't afford large quantities of produce, he said.

Bolivar, who works his small vegetable stall with his wife in the crowded, noisy market, said he doesn't join opposition protests because he would lose out on sales, money he needs to feed his young family.

He also said that at each protest, there are a few who choose to turn to violence, putting everybody in danger.

"If something happens to me in a march, who's going to look after me and my family?" he said. "What politician is going to stand up for me?"

Oil tankers ‘go dark’ off Venezuela to evade US sanctions