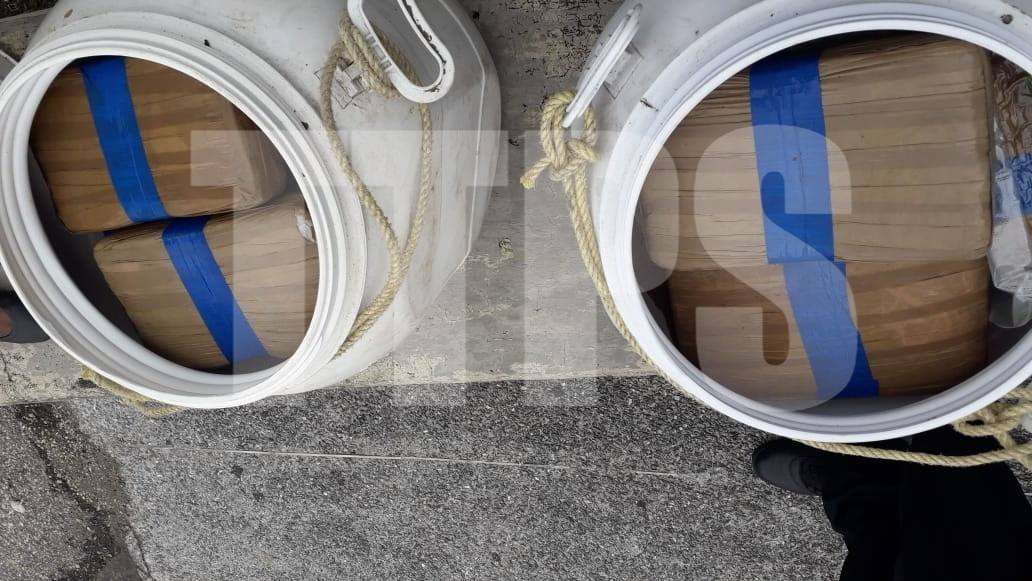 A Marabella man was arrested and is expected to be charged after plastic barrels containing packages of marijuana were found in a vehicle.

According to a statement issued by the Trinidad and Tobago Police Service (TTPS), officers of the Emergency Response Patrol (ERP) Unit, were on patrol during an anti-crime exercise in Mayaro on Saturday morning.

Officers said around 9:30 am they received information via the Command Centre.

Acting on the information, officers had cause to stop and search a grey Mazda 6 motor vehicle with a lone male occupant, along the Naparima Mayaro Road, in the vicinity of Cedar Grove Road.

The search resulted in officers finding 32 packets of marijuana with a total weight of 33 kilogrammes, hidden in the trunk of the vehicle. The drug has an estimated street value of $330,000.

The driver; a 26-year-old, of Marabella, was arrested in connection with the find.

He expected to face charges of possession of marijuana for the purpose of trafficking.