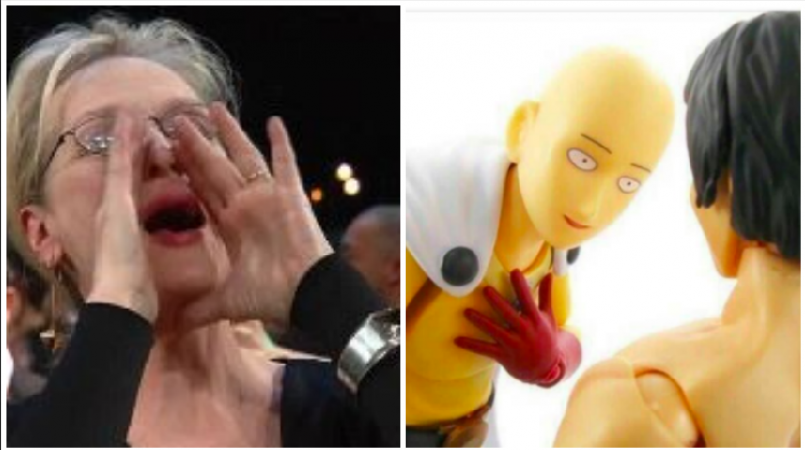 It’s not an easy fight though as she is in contention with the One Punch Man. In the Caribbean, these two memes are battling it out.

A photo of Streep cheering from the audience at the 2015 Screen Actors Guild Awards is being paired globally with song lyrics and jokes, and the internet can't get enough.

Here's how it works:

Take a song lyric like Kanye West saying, "If you ain't no punk, holla we want prenup" from his song "Golddigger," and use Streep's photo to display the next line, "We want prenup!"

Folks had a blast with it, reviving old tunes with the help of the star.

It became so popular that those playing along started riffing on the concept in all sorts of ways, everything from making Streep's mouth bigger to just having her yell out various things.

For the record, the photo is actually of Streep cheering for Debbie Reynolds when Reynolds won the SAG Lifetime Achievement Award in 2015.

On the other hand in the Caribbean specifically, the One Punch Man, the guy in yellow, with the cape and red glove. He is making the rounds and people are even adding faces.

Out of Jamaica, people have added Vybz Kartel’s face with the caption: ‘Youuuuuuu see me recording songs in prison?”

In Barbados, you even saw the face of the PM added to the One Punch Man meme.

What's your favourite meme for the month so far?