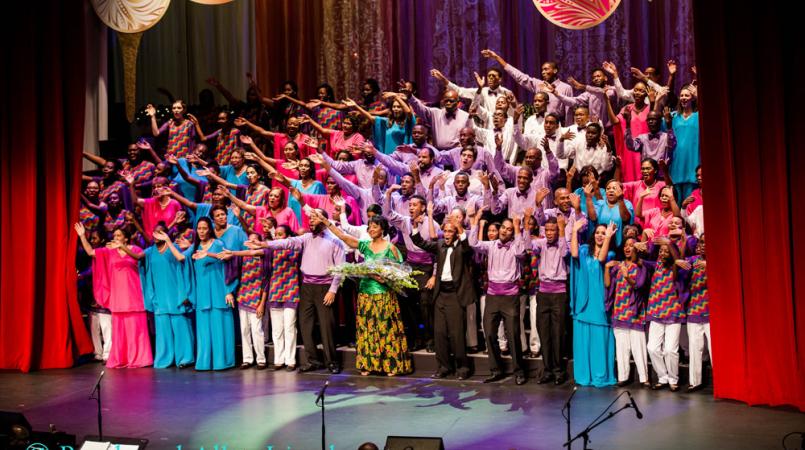 The Marionettes Chorale has been invited to participate in a performance of Christopher Tin’s Calling All Dawns on the DCINY Concert Series in New York City.

Distinguished Concerts International New York City (DCINY) made the announcement via a press release on Thursday.

DCINY is a leading concert producer of classical music in New York City with a team of developers (talent scouts) who research choirs around the world to perform at Lincoln Center or Carnegie Hall.

“The Marionettes Chorale received this invitation because of the quality and high level of musicianship demonstrated by the singers as well as the exceptional quality of their audition recording," said Dr. Jonathan Griffith, Artistic Director and Principal Conductor for DCINY states:

“It is quite an honour just to be invited to perform in New York.  These wonderful musicians not only represent a high quality of music and education, but they also become ambassadors for the entire community.  This is an event of extreme pride for everybody and deserving of the community’s recognition and support.”

Christopher Tin’s Calling All Dawns is planned to take place on Sunday, June 9, at Isaac Stern Auditorium in Carnegie Hall under the baton of Composer/Conductor Christopher Tin.

The Marionettes will join with other choristers from around the world to form the Distinguished Concerts Singers International, a choir of distinction.

Composer and Conductor Christopher Tin will lead the performance and will serve as the clinician for the residency.

The singers will spend five days and four nights in New York City in preparation for their concert.

“The singers will spend approximately 910 hours in rehearsals over the five-day residency,” says Griffith.

“Not all of the time is spent in rehearsals since there is so much history and culture to see in New York City.  However, the performance is the primary purpose for their visit to the city.”

Members of the community are encouraged to give financial support in sending these singers to New York by contacting Caroline Taylor at caroline@marionetteschorale.com.

Lydian Choir's 'Hold Out Your Light' a musical success