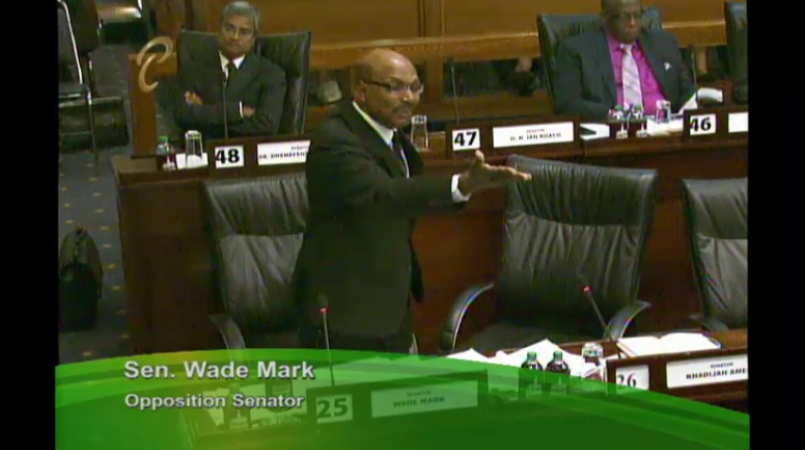 In the wake of allegations made by Opposition leader Kamla Persad-Bissessar over operational fraud at State-owned Petrotrin, Senator Wade Mark has called for an inquiry over the findings of an internal audit report which identified issues in the management and operations at the company.

Mark has written to the Chairman of the Joint Select Committee on State Enterprises, Senator David Small on the matter.

Mark is a member of the JSC.

Mark said as a wholly owned State enterprise, Petrotrin falls under the purview of the Ministry of Energy and Energy Industries, as well as the Ministry of Finance, and is entrusted with taxpayers’ hard-earned income, with the expectation that it will be managed and invested prudently.

Mark stressed, "It is imperative that this Committee seize the opportunity and exercise its powers to launch an urgent inquiry to determine whether the citizens of Trinidad and Tobago are being defrauded of its moneys and whether the management of Petrotrin exercises due diligence in its operations.”

The Opposition Senator said the matter should be treated with the level of urgency that it deserves, since it not only has a financial impact on the country, but also further undermines the confidence of the citizenry in an already uncertain period.

“As such, there is need for an immediate resolution of this matter,” he concluded.