Massacre of Americans shows drug war worse this time around 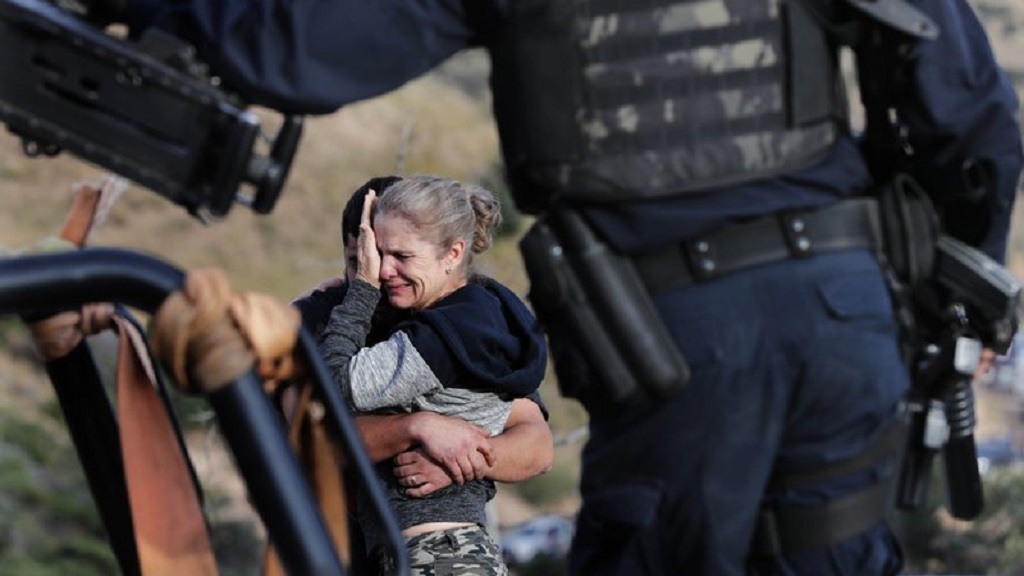 There was a time when the violence of Mexico's 2006-2012 drug war shocked Americans, but barely touched them. This time around — like everything else about the country's renewed cartel conflict — it's worse.

The slaughter of three US women and six of their children, some infants, in the northern state of Sonora Monday punctured the old belief that the drug cartels would avoid killing foreigners, women or children. But it wasn't the first, or the only, such case.

Children are being killed with chilling frequency as the unwritten rules of Mexico's drug war appear to fade. In August, gunmen burst into a house in Ciudad Juarez, home of the Juarez cartel, and fired 123 bullets that killed girls aged 14, 13 and 4, along with an adult male who apparently was the real target.

A few days before the Sonora massacre, police arrested a suspect in the state capital of Hermosillo who was holding a New York-based businessman for ransom, in a case of a foreigner being targeted. The man was kidnapped near Tucson, Arizona, and apparently moved across the border in the trunk of a car.

The shocking killings of the nine Americans by gang gunmen prompted an offer from US President Donald Trump to help Mexico wage a war to wipe cartels "off the face of the earth." Mexican President Andrés Manuel López Obrador rebuffed the offer, but others at home and abroad are wondering if the time has come for him to change his "hugs not bullets" policy of avoiding confrontations with gangs and instead addressing social problems.

Breaking the old rules against killing children, families or attacking foreigners no longer appears to be a priority — or even a concern — for criminals anymore, given the weak law enforcement in Mexico.

"From the criminal's perspective, killing one person or killing nine, it's all the same," said security analyst Alejandro Hope. "They don't see any increased risk in committing these kinds of acts of extreme brutality."

"The same goes for killing children, they don't see any line drawn in the sand," said Hope. "And the reason they don't see it is that the government hasn't drawn it."

The Americans lived in communities in Mexico founded decades ago by an offshoot of The Church of Jesus Christ of Latter-day Saints.

Moving reports of mothers trying to protect their children from the hail of bullets and wounded children walking for hours to get help for the youngest survivors intensified calls from abroad for a new war on drug cartels.

Mexico's militarized war on drug cartels began in 2006 under President Felipe Calderón and was continued by his successor, President Enrique Pena Nieto.

The center-left López Obrador has rejected this approach, instead creating a National Guard and saying the way to fight Mexico's violent crime is with work programs and opportunities for youths.

He stuck to that position following Monday's massacre, rejecting Trump's and others' calls for a war on cartels.

"We declared war, and it didn't work," Lopez Obrador said Tuesday, referring to the policies of previous administrations. "That is not an option."

He didn't even budge after the army was humiliated by the Sinaloa cartel on October 17, after soldiers were forced to release the captured son of drug lord Joaquin "El Chapo" Guzman to avoid further bloodshed after cartel gunmen counterattacked in greater numbers in the city of Culiacan.

The cartels got the message they can face down authorities, analysts say. After the confrontation in Culiacan, an official in the Sonora border city of Nogales reported that police stopped a carload of armed suspects there who told police to back off or they would "do what they did in Culiacan" to them.

Former anti-drug prosecutor Samuel Gonzalez said that "sooner or later, the government is going to have to adjust its strategy."

While the president holds fast, buoyed by still-high poll numbers, the drumbeat of massacres goes on.

In April, gunmen burst into a party in the Gulf coast city of Minatitlan and killed 14 people, including two Filipinos.

In August, Jalisco cartel gunmen stormed into a nightclub in the nearby city of Coatzacoalcos, blocked the exits and set a fire that killed 28 people trapped inside, including 10 women.

Earlier that month, the same gang hung 19 bodies from an overpass or scattered them nearby in the western city of Uruapan.

US, Mexico officials to begin talks over tariffs, border

US to send asylum seekers back to dangerous part of Mexico