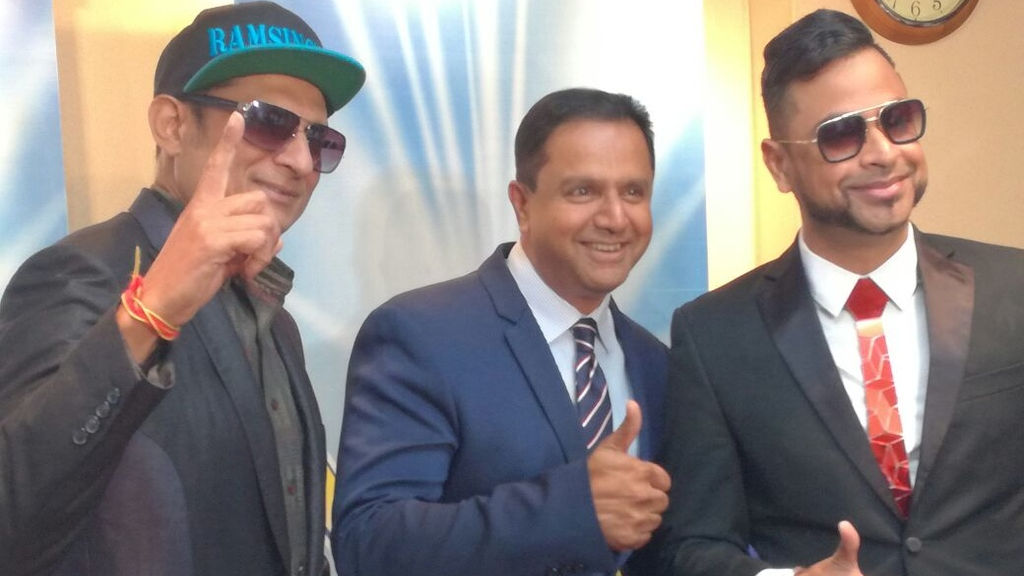 Nermal "Massive" Gosein has made it to the semifinals of the Chutney Soca Monarch.

Gosein's name was among the 34 semifinalists announced on Monday at a media launch for CSM. One hundred people registered for the competition.

The singer, whose controversial "Rowlee Mother Count" has elicited criticism from People's National Movement supporters and others, will vie for one of only eight spots in the finals.

Among those who will also be in the semis is newcomer Rome, former Chutney  Soca Monarch Rikki Jai and Crazy.

Missing from the list was former winner KI Persad. Goerge Singh, CEO of Southex Promotions, said Persad did not register for the show this year.

The semifinalists will be vying to take the crowns away from 2017 joint winners Omardath Maharaj and Ravi B.

At the launch, Singh said Ravi had not yet made a decision to defend his crown and urged him to do so.

In his address, Singh spoke about plans to monetise the CSM  in 2019 through digital media initiatives. He said the online audience for the event is now much larger than those actually attending the finals with over 70,000 people logged online to take in the show.

The Semifinalists are as follows:

Chutney Soca Monarch competition is back on