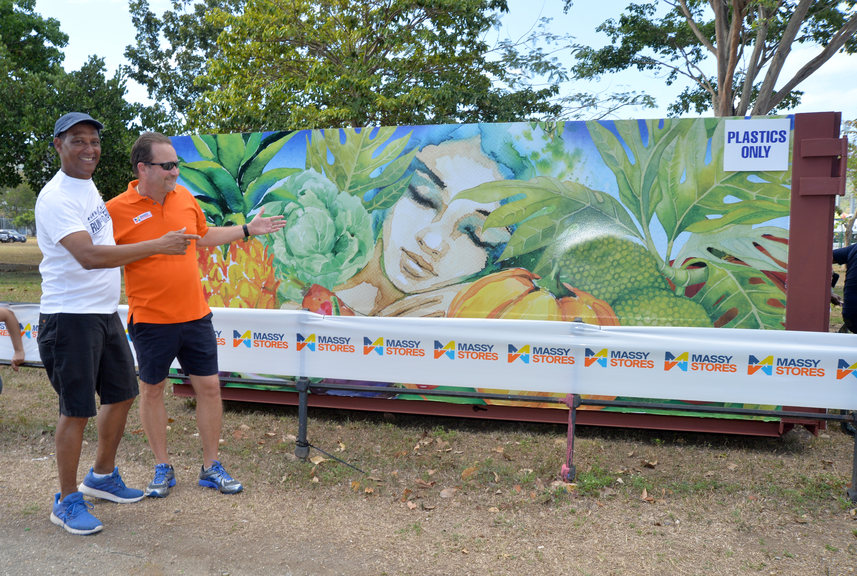 Over 1800 persons participated in the Massy Stores Run for Food 5K which was held at the Queen’s Park Savannah, Port of Spain last Saturday.

The event which is in its third year promotes healthy lifestyle changes and encourages persons to grow their own food and eat healthier.

Massy Stores Chairman Thomas Pantin said the objective of the 5K run was multidimensional and was used to not only promote a healthy lifestyle but build awareness around the detrimental use of plastics.

“Today’s run is about health and showcasing the Farmer’s Market. It is about building awareness in terms of limiting the use of plastics, and the way it gets into the environment.”

He unveiled the company’s branded trailer which will be used for the collection of plastic waste across the country – made possible through a partnership with Waste Disposals Ltd.

Pantin said the trailer will be made available to any agency or group who conduct cleanup exercises involving the removal of plastics in the environment.

The partnership is one of many following Massy Stores’ decision in 2018 to reduce the impact of plastic waste by implementing a charge for single-use plastic bags.

Massy Stores also has a partnership with the World Food Day National Committee of Trinidad and Tobago under the Ministry of Agriculture, Land and Fisheries, which the Chairman noted was about encouraging persons to start growing their own food and eat healthier.

The Ministry’s two booths at the event were geared towards discouraging individuals from consuming large amounts of sodium and sugar and starting their own kitchen garden.

Massy Stores Marketing Manager Anthony Choo Quan said the money raised from the event will be distributed through FEEL (Foundation for the Enhancement and Enrichment of Life) and United Way on projects that are linked with local food production.

Speaking following the big win which he completed barefoot, 51-year-old Errol Williams said he was pleased with the win, but felt he could have been faster.

“I get a better turnover barefoot, but I do not train barefoot, I train with shoes. I am kind of disappointed with the younger guys because they could have easily won this race. I believe it is their diet. They need to come off this fast food and try and eat properly every day.”

“It was a nice race even though I had an injury in my hamstring. I thought I would have been slower…but 25 minutes is good. I run with a group called Dracarys twice a week, and I have been running with them a long time. I have been running about 10 years now in Trinidad. I am from Venezuela, but I am resident in Trinidad, and I always support any type of runs.”

Among the women, Guiterrez won with 22:13, Sophie Potter was second coming in 22:23 and Sharntelle McLean ended third in 22:40. Coming in at second place in the men was Yalyn Pan.