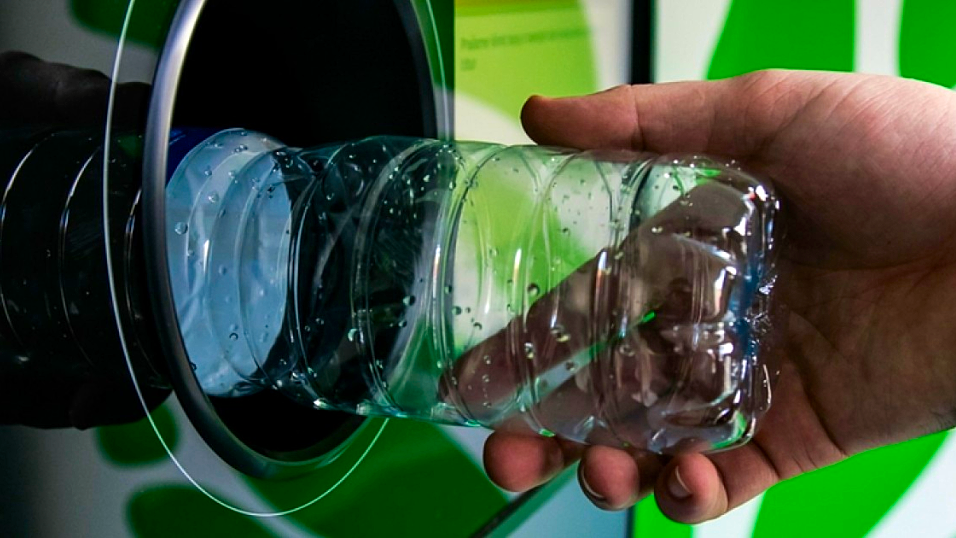 Massy customers will soon be able to turn in their used water bottles in exchange for Massy points.

Massy Stores CEO Derek Winford said to LoopTT that company is currently working on procuring machines which will allow customers to return their empty water bottles in exchange for Massy points.

Winford said the details of the programme will be released later, but said it's high time that companies begin to deal with the issue of plastic waste.

To this end, Winford is also calling on government to revisit the Beverage Containers Bill, which has lain dormant since 2012.

"What we're trying to do is reduce the plastic usage, and we can't do this on our own. Manufacturers are trying to do their part, they're making thinner bottles. But we need government, government has to provide the legislation...but it has been stalled for a while."

He said he is aware of the challenges with the legislative process but said that nevertheless, it must be done.

"We need the government to act. I'm aware that they have recently said that they are getting more involved in the reduction of plastic use. I understand the difficulties involved and I know it will take time to get this legislation passed, but it's been back-and-forth for some time and we need this Container Bill because it's about the recycling of plastics," he said.

Related article :Massy to cut back on plastic use in stores

Winford also commented on the response of some to the company's decision to start charging 50 cents for disposable bags from July 4, saying that a culture change is needed toward recycling.

"It was one of our customers who came to us in the first place and led us to Plastikeep. Many of our customers are the ones who come and recycle the plastic. It's not that some don't want it, they just don't understand it and some don't know what plastic is doing to our oceans," he said.

Barbados has already initiated the Returnable Containers Act which allows for customers to return plastic bottles, while in St Vincent and the Grenadines, Styrofoam products have already been banned.

Massy Stores has also partnered with Jua Kali in St Lucia for the collection and export of plastic waste and uses energy-efficient LED lighting in most of its stores.

In Barbados, the company has installed solar-powered systems in two of their branches.

According to US Ocean Conservancy's International Coastal Cleanup 2017 Report, plastic bottles rank as the second most common form of garbage to be found in oceans worldwide - the first being cigarette butts.

The Beverage Containers Bill 2012 aims to provide for a deposit and refund system for beverage containers, the objects of which include:

- to ensure that the bottlers, importers, vendors and consumers pay the external costs of the sale and consumption of beverages in beverage containers

- to create incentives for the manufacturers, vendors and consumers of beverages to reuse or recycle beverage containers

- to reduce the generation of solid wastes, waste disposal and recycling costs

- to reduce litter and litter related costs and hazards

- to conserve natural resources; and

- to preserve the amenity of the environment and enhance the quality of life.