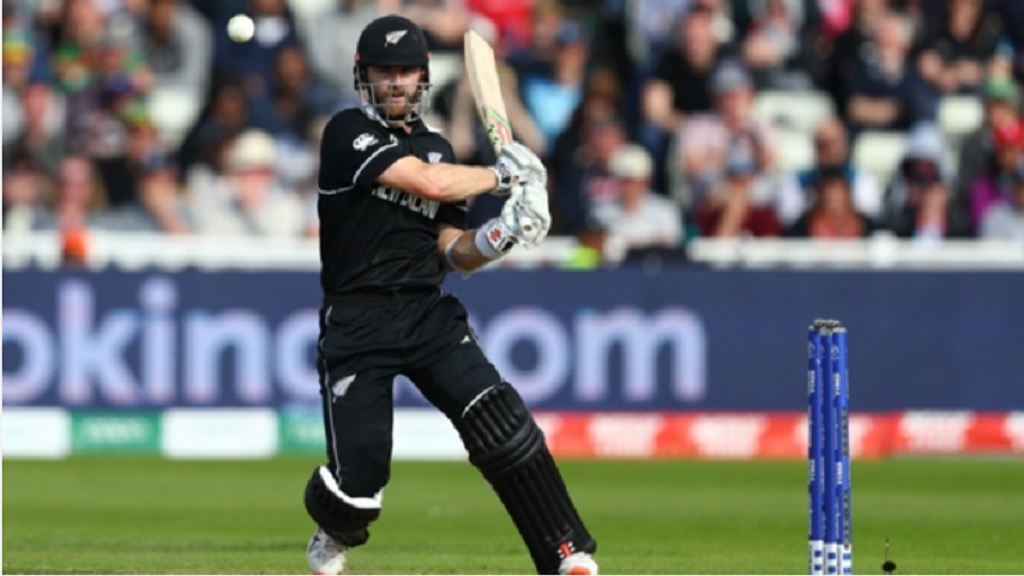 The New Zealand captain reached 3,000 ODI runs as skipper of the Black Caps while making the 106 not out that drove his team to a four-wicket success in overhauling the Proteas' 241-6.

The semi-finals are in sight for a New Zealand side who remain unbeaten and move top of the group-stage table, but hapless South Africa face ignominious elimination after a fourth loss in six.

Williamson was the steadying influence in a New Zealand innings that could have fallen apart without him.

He and Martin Guptill put on 60 for the second wicket before Guptill trod on his own stumps. Williamson later shared in a 91-run partnership for the sixth wicket with Colin de Grandhomme just as South Africa began to threaten.

Chris Morris took three middle-order wickets and bowled well for South Africa, but it was neither his nor his team's day. That was quite clear when David Miller dropped De Grandhomme and then failed to gather at the stumps when looking to run out Williamson.

De Grandhomme went for 60 late on but Williamson made sure, crashing Andile Phehlukwayo over midwicket for six to reach three figures in the final over before victory was secured with three balls left.

South Africa's innings was built on three core partnerships, as Hashim Amla and Faf du Plessis put on 50 for the second wicket, Amla and Aiden Markram added 52 for the third, and Rassie van der Dussen joined Miller in putting on 72 for the fifth.

Amla reached a landmark during his 55 as he became the second fastest player to accumulate 8,000 ODI runs, with only Virat Kohli having reached the mark in fewer innings.

Van der Dussen went on the attack late on and finished with 67 not out from 64 deliveries, but South Africa needed more than isolated big hitting to trouble such distinguished opposition and their tournament is all but over.

SOUTH AFRICA CAN ONLY BLAME THEMSELVES

They had plenty of chances to come out on the right side of such a tight encounter, but South Africa were the architects of their own downfall. Replays at a crucial point in the match suggested Imran Tahir drew a nick behind from Williamson, but there was no review taken. A catch went down, a run out was missed. It was chaotic fielding and New Zealand capitalised.

Set aside the brutal opening defeat to Bangladesh for one moment, and Morris has had a fine World Cup for South Africa. He made runs against India, took three wickets against Afghanistan and now another three wickets at New Zealand's expense. The medium-fast bowler can look innocuous at times, but try telling that to Ross Taylor, Tom Latham, and Jimmy Neesham, who all perished to him. Team-mates failed to match his display, however.