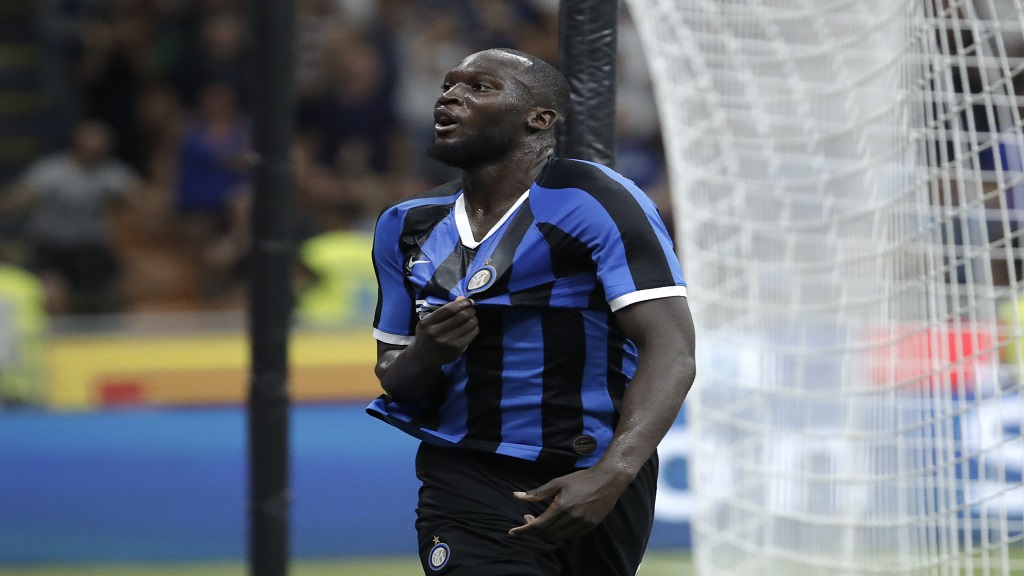 Romelu Lukaku was subjected to racist abuse from Cagliari supporters but scored his second goal in two Serie A games for Inter as Antonio Conte's men extended their winning start to the season with a 2-1 victory.

The €65million signing from Manchester United endured similar chants to those aimed at former Juventus striker Moise Kean last season while taking a penalty he converted to clinch three points for the visitors at the Sardegna Arena.

After a comfortable 4-0 win over Lecce in their opening game the Nerazzurri came up against a stubborn Cagliari side bolstered by Inter loanee Radja Nainggolan, who gave his parent club no rest in midfield.

Lautaro Martinez partnered Lukaku in the Inter attack and he helped to distract from the ongoing uncertainty over Mauro Icardi's future when he opened his account for 2019-20 in the 27th minute.

But the craft and endeavour Inter showed against Lecce was stemmed by Cagliari, who drew level through Joao Pedro five minutes into the second half.

The hosts looked set to earn a battling point until Fabio Pisacane conceded a penalty and Lukaku further endeared himself to the Inter faithful by burying it.

Nainggolan, playing a deep-lying role, provided the hosts with the guile they needed to break up Inter's crisp approach play and endured some heavy challenges during the early exchanges.

But the pressure paid off when Martinez beat Alberto Cerri and the offside trap as he rose to meet Stefano Sensi's weighted cross, which he headed low into the corner.

Cagliari came out of the blocks quickly after half-time and Nahitan Nandez turned his marker before bursting down the right flank and crossing for Joao Pedro to head home from close range.

Sensi hit the crossbar with a curling free-kick from 20 yards as Inter pressed for a winner that arrived after he was brought down by Pisacane.

Lukaku held his nerve despite "monkey chants" emanating from the home supporters, coolly drilling the penalty kick into the bottom right corner of Robin Olsen's net before defiantly turning to face in the direction of those who abused him.

What does it mean? Serie A must act
The importance of the result was dwarfed by the latest racism flashpoint in Italian football and, after Serie A failed to punish Cagliari over the abuse directed at Kean, they surely cannot continue to ignore such a glaring blight on the division.

Lukaku and Martinez ensure Icardi is not missed
Inter CEO Giuseppe Marotta said the ongoing uncertainty over Icardi's future was "not a problem" in the build-up to the game and goals from both of his side's strikers supported his point.

Crucial error from clumsy Pisacane
Pisacane showed his limitations when going to ground and whipping Sensi's leg from under him as the Inter midfielder pressed for a winner.

Key Opta facts
- Martinez has scored in each of his three Serie A games against Cagliari.
- Lukaku converted his first penalty for Inter despite failing with three of his previous four in all competitions.
- Inter have won the first two matches of the season in three of their past five Serie A campaigns.
- Nainggolan made the most recoveries in the match (10) and had more touches than any Cagliari player (80).

What's next?
While Cagliari will be confident of getting something from their trip to Parma when Serie A resumes after the international break, Inter entertain Udinese at San Siro.

Macka B joins the fight to 'Kick Racism Out of Football'