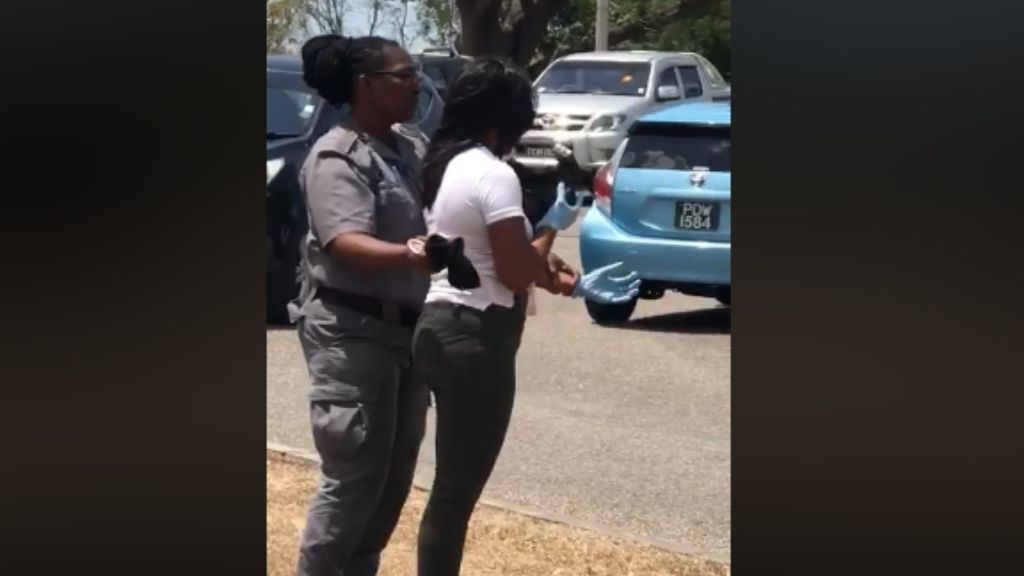 The Media Association of Trinidad and Tobago (MATT) has condemned the assault of journalists by security guards employed by Amalgamated Security Services Limited (ASSL) at the San Fernando General Hospital (SFGH) on Wednesday.

A video capturing the incident shows two ASSL officers shouting into the faces of journalists and physically manhandling them, despite the pleas of the journalists who were backing away in order to maintain social distancing protocols.

Tv6 South Bureau Reporter Cindy Raghubar-Teekersingh and her colleagues from state-owned TTT and the Trinidad Express Newspaper were at the time gathering cutaway shots in the public carpark of the hospital where a viral tent is located.

Although journalists have a right to be in carpark, Ms Raghubar-Teekersingh took the additional precaution of securing permission to be there from the hospital’s Corporate Communications Department in the person of Mr Kevon Gervais.

The security guards caused damage to the media equipment and injured Ms Raghubar-Teekersingh through their handling of the situation.

A formal report has since been made to the police.

In a statement, MATT called on all security personnel respect the right of journalists to bring news to an anxious population.

The Association noted that journalists here and around the world are working selflessly to provide information to a public, large numbers of whom are hunkered down in their homes.

MATT observed: “Journalists, like everyone else, want to be with their families yet each day perform their duties bravely and courageously, with the full understanding that their work of bringing information to the public is especially essential to the public good in these times.”

Noting that this is not the first incident of aggressive physical and verbal assault by security guards at the hospital, MATT called on the South West Regional Health Authority and the TTPS to address this matter “swiftly and forcefully so as to signal to the population zero tolerance for breaches of official isolation protocols and assaults on the flow of information to the public”.

“We stand in solidarity with the affected journalists and acknowledge their fearless work,” MATT added.