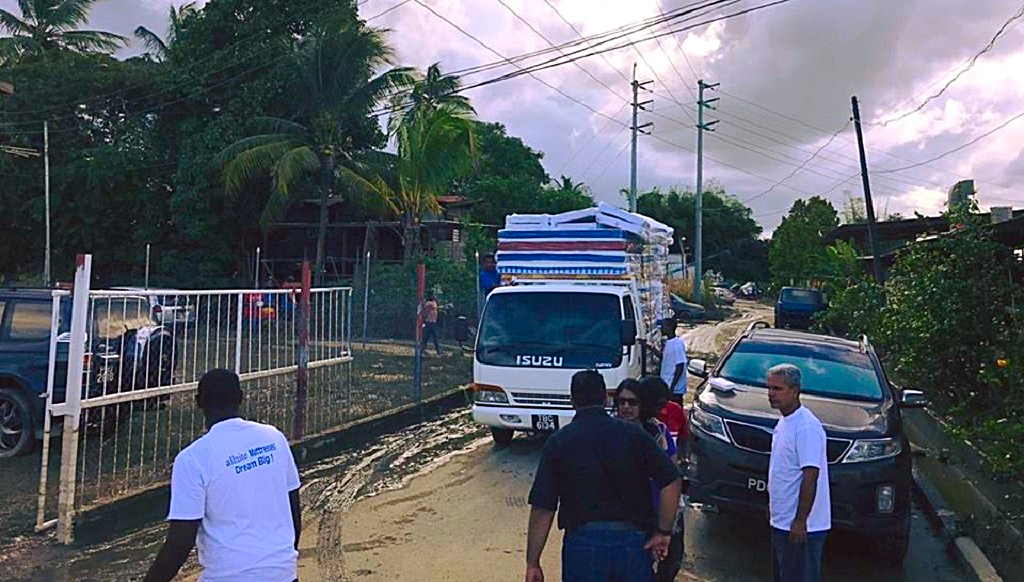 Photo: Staff from Lensyl Products Ltd distributed mattresses in Bamboo and Kelly Village to distribute over 200 mattresses as well as foam sheets following flooding on October 19-22 which affected approximately thousands of people.

One mattress company said it has been stretched to its limits in trying to meet the demand for mattresses as flood victims try to recover from catastrophic flooding last weekend.

Managing Director of Lensyl Products Limited, Justin Lall, said no one ever could have expected the devastation which occurred from October 19 to October 21, 2018, which saw thousands of homes affected by flood waters which threatened lives and cost hundreds of millions in damages.

Speaking to LoopTT, Lall said that his company virtually came to a standstill as the workers took the initiative to deliver the mattresses to afflicted households, after seeing the widespread damage which had occurred.

"I don’t think anyone expected this kind of flooding, even myself. When the videos started to come in, we were shocked. You always expect to see flood videos, maybe even as bad as someone swimming, but when we saw the aerial footage, that is when I realised the scale of the destruction."

Lall said he liaised with Tunapuna MP Esmond Forde and began arranging to deliver what materials they could provide.

"On Saturday morning I had been speaking with MP Esmonde Forde from our area, and he began to tell me the situation. We started initially giving just foam sheets as we didn’t have mattresses at that time, that was the first difficulty that we had. Additionally we didn't have many workers due to the fact that it was a weekend plus the widespread flooding which delayed accessibility, so that also hampered our response." 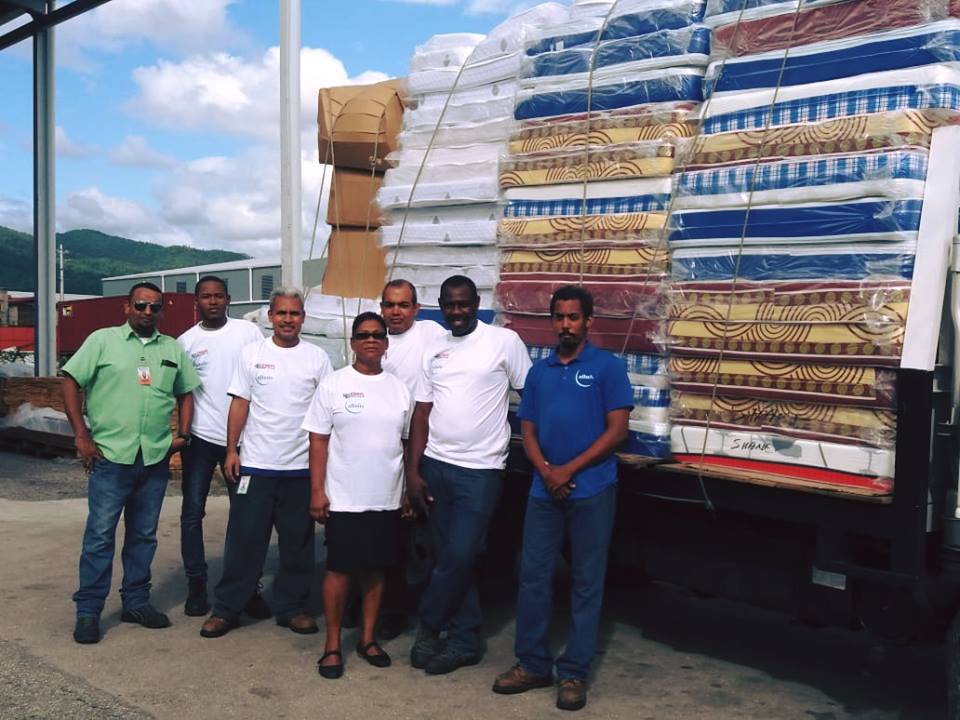 (Photo: Staff at Lensyl stand next to mattresses due to be delivered to flood victims. Photo courtesy Lensyl Products Limited.)

Lall said his company provided over 120 sheets of foam plus 200 mattresses which went to the municipal corporations. An additional order of 200 mattresses is also being delivered by the company this week.

Lall said just based on assessments of the number of affected homes, with only three mattress companies in Trinidad and Tobago, there will be a struggle to meet the needs of flood-affected residents.

"Just by doing the math, if you have a flood of this nature, ranging from as far as Mayaro, Manzanilla, coming all the way up to St Helena, and Bamboo, we’re talking about tens of thousands of people, or even as much as 100,000 people...there’s no way we can supply enough for that kind of demand."

"My initial assessment, based on these limitations is that there are still people in need...they will need around 10,000 mattresses, or it could be even more. No one is sure. But what people have been doing is donating mattresses - 100 there, 50 there, private citizens have been buying on their own as well. But there isn’t really a cohesive response in terms of coordinating the data so as provide a supply to meet these demands," he said. 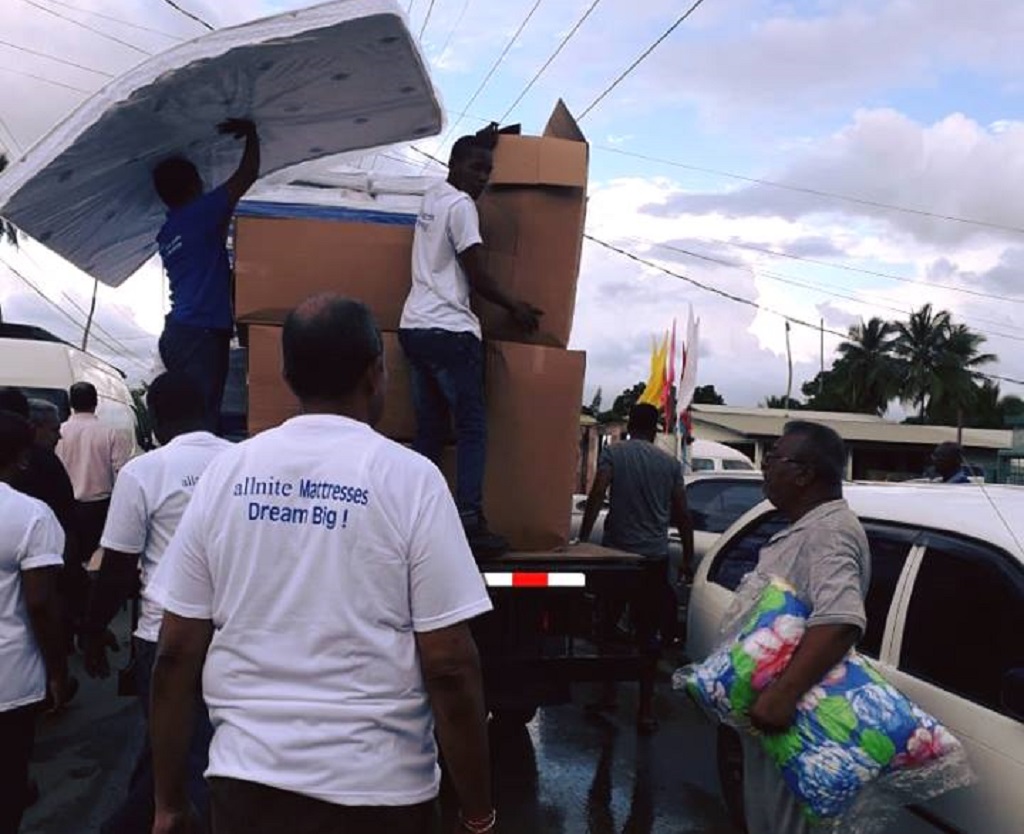 Lall also praised the work of unsung heroes such as the Pennywise Cosmetics company, whose owners, the Paladee family, arranged to procure 120 mattresses for flood victims.

"He always does that, and no one knows about it. In fact, he has helped build around 100-200 houses for poor families in this area, but no one would know that, at least until now. There are very few people like that," he said.

Lall said that they even cancelled a foam shipment in order to ensure that all of their resources were focused locally.

"There’s no business while this is going on, everything else has stopped, we actually cancelled an export order to bring these foam shipments back to Trinidad," he said.

Lall said that at present, the company has used all of its resources for foam mattresses, and are left now with the higher-end mattresses which may be more expensive for persons wishing to sponsor or donate.

"In terms of these types of mattresses, we are out of stock. We  couldn’t respond in the way we wanted to because we just did not have enough raw materials, and keep in mind that US currency is hard to get right now."

"There are only three mattress factories in Trinidad. so say, for example, a total of 50,000 mattresses are required nationwide, we simply cannot provide that number. If it’s 20,000 mattresses people may still go without. There's a lot of uncertainty in just how much we can produce on a day-to-day basis. But we are trying our best to help as much as we can," he said. 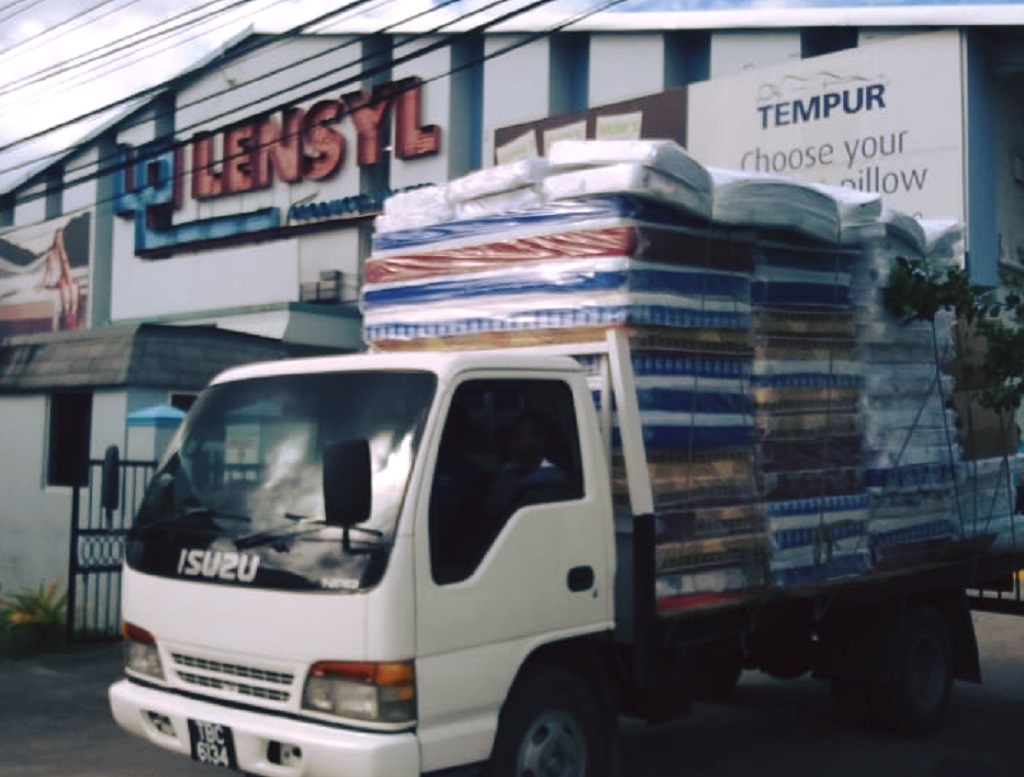 Lall also agreed that any support or aid in terms of these materials would be welcomed.

“Any help we can get is good. This is a flood of epic proportions, some say the last time it flooded like this in the East was in the 1970s, but not coming across the whole of the eastern half of the country like this. A flood of this nature and scale probably never happened like this before," he said.

Lall added that they sought to assist households who needed it most.

"There’s a lot of frustration. We went into Bamboo and Kelly village, they’re closest to us and what we had, we went with it, and I know a lot of people were badly affected there. Not only were they flooded, they were flooded in an already bad state of poverty. But there was no malice or anger, everyone was grateful for the help," he said.

The company was assisted by several restaurants including Mamma Mia, Pallet, Jaffa at the Oval, La Locanda and Vistro, which supplied hot meals to people in the area.

They also received donations of bleach which they gave to residents.

Lall also praised the employees who took charge not only to prepare the mattresses but to ensure they reached the homes that needed them.

"Our employees were the ones who got together and took the initiative and decided to give these relief items to people. They wanted to be involved, and they did that, so we all worked together on this," he said.

The company is also able to use its trucks to deliver supplies to affected areas. Persons can drop off non-perishable items to Lensyl Products Limited, located off the Churchill Roosevelt Highway in Macoya.

Water subsiding in most flood-hit communities