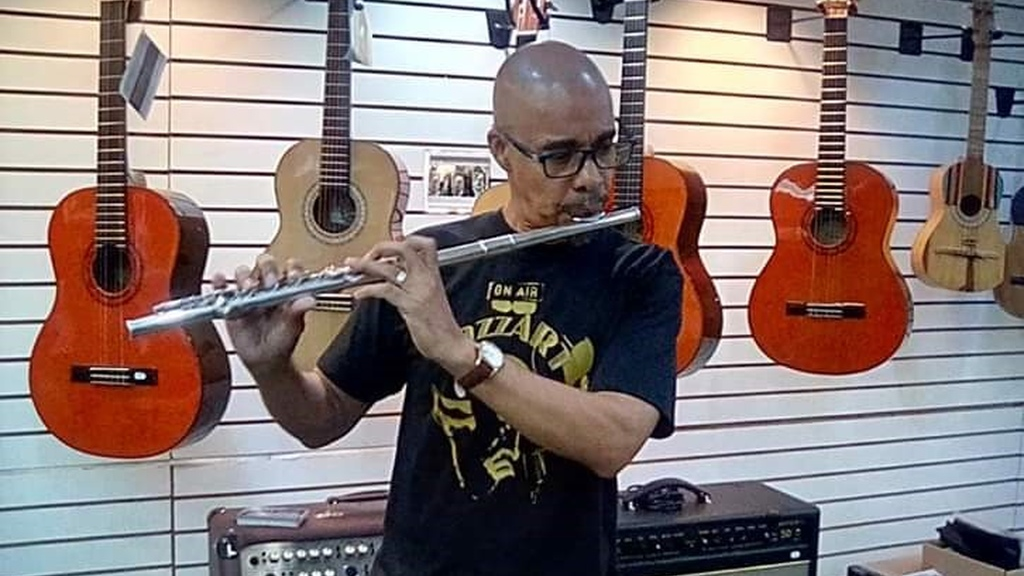 Musician Providence Brown will hold a benefit concert on Jan 1 to raise funds for eye surgery.

Trinidadian musician who flew the red, black and white in Malaysia for years, will be holding a benefit concert on January 1 to raise funds for his medical expenses.

Providence Brown, a beatbox Flautist and keyboard pianist, will stage Jazzart Local Lime and Benefit Concert on Tuesday, January 1 to raise funds for cataract eye surgery. His is a very sensitive and delicate situation that requires specialist surgery which will cost TT$15,000.

During a visit to Loop’s office, Brown, known popularly as Jerry, said as a teen attending St Benedicts College he was punched and the back of his head struck a wall detaching the retinas in both eyes. It wasn’t until he was much older and living in Malaysia in 2008 that he realised something was amiss when he lost his peripheral vision. Four laser surgeries later his left eye was saved but his right eye couldn’t be repaired.

Now, he has cataracts in his left eye which need to be removed.  He said his doctor advised that the procedure needs to be done privately since his is a special situation.

Gwindi, billed as the number one percussionist in T&T, will be playing in the Jazzart band alongside Brown.

The two friends played together in the mid to late 80s in a group called Ejiofo where they played African drums, percussion and flute.

Gwindi said he was happy to support his friend in his fundraiser.

Brown, who describes himself as the maverick of his style of flute playing, said he was the first person to take beatbox Flute to South East Asia. He left Trinidad in 1993 and returned in 2012.

Brown started playing music at the age of 20 and was influenced by many artists of his day such as Joni Mitchell and Miles Davis. He played calypso and jazz and was part of Ras Shorty’s Love Circle where he played the flute for ‘Watch Out My Children’.

Brown currently teaches music at the Explorers Childcare Academy and Open Bible preschool in Princes Town but has plans to do songwriting and initiate other musical projects once his eyesight is restored.

Jazzarts will be an all-inclusive event with total local food such as geera pork, ground provisions and yardfowl and promises to cater to all music lovers.

The event will be held at the Pleasantville Community Centre in San Fernando.

Tickets cost $300 and can be bought from:

Those unable to attend the Benefit Concert and still wish to donate can do so by making a deposit to  Unit Trust Corporation Acct # 5707924-002 in the name of Providence Brown.

Updated: Where to see Buju in concert in 2019

Buju motorcade on as concert promoter celebrates his release