Maxie Cuffie's nephew says his uncle is not brain dead 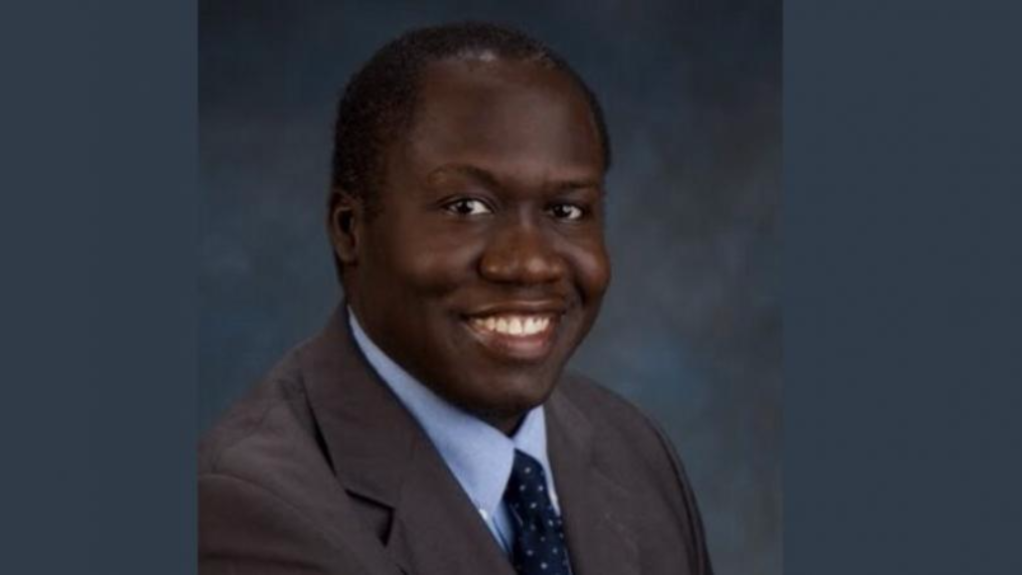 The nephew of Public Administration and Communications Minister Maxie Cuffie is refuting claims by political activist and leader of the Progressive Empowerment Party (PEP) Phillip Edward Alexander, that his uncle is brain dead.

Andre Cuffie said his uncle is in the United States of America undergoing rehabilitation. He said contrary to social media claims, he is well on the road to recovery.

"All these stories about him being brain dead are untrue. He's very much alive and he's working very hard on his recovery and he's doing well."

In a social media post on Wednesday, Alexander announced that Minister Cuffie was brain dead. He further called on Prime Minister Dr Keith Rowley to declare the La Horquetta/Talparo seat vacant and call a bye-election at the earliest possible time.

Meanwhile, the younger Cuffie also denied rumours that the Government has been paying $12,000 to keep the Minister on life support in a Washington hospital. 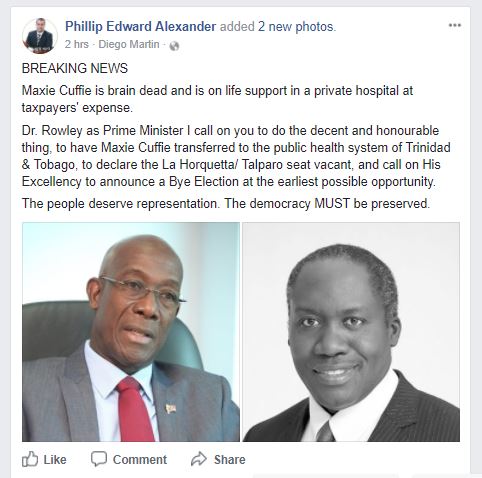 Cuffie fell ill on September 7 and was taken to the St Clair Medical Centre in Port-of-Spain following what was described as a “medical episode”.

The nature and extent of the Minister's illness were never disclosed, however, there has been widespread speculation that he may have suffered a stroke.