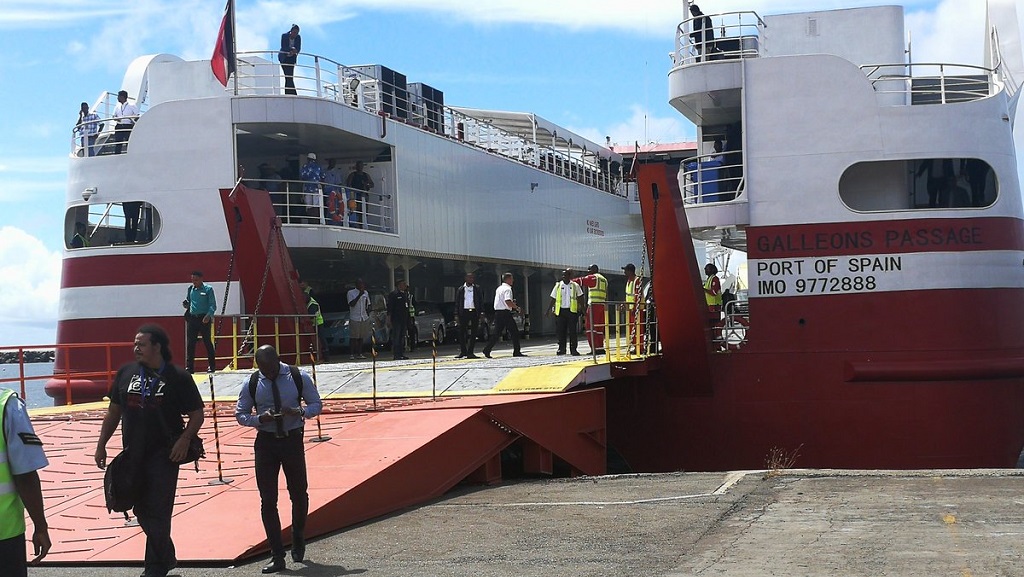 Mayaro MP Rushton Paray has called the latest situation with the Galleon's Passage a 'national farce' after the vessel was forced to turn around while en route to Tobago due to rough sea conditions, which caused two ceiling panels to come loose.

Paray said the vessel, which was purchased for US$17.4 million (approximately TT$ 118 million) and arrived earlier this year, also had electrical issues as well as docking problems.

Minister of Works and Transport, Rohan Sinanan, said the captain of the vessel turned the vessel around on December 5, 2018, out of an abundance of caution as swells were reportedly over 3.5 metres high.

(Video shared via social media showing what appeared to be a loose panel on the Galleon's Passage.)

Paray said however that these issues mean passengers are still unable to depend on the seabridge.

"Last Wednesday the Galleon's Passage was forced to turn back to Trinidad after it encountered 'bad weather', despite no indication such weather was present. Though only being in service for a little over two months, the Galleon's Passage has already had to contend with electrical issues as well as docking problems at the Scarborough Port."

He said passengers also complained about being left stranded in Tobago after sailings were cancelled without warning.

"While Dr Rowley's government is busy making secret billion dollar hotel deals with taxpayers' money, the people of Tobago still can't depend on a reliable ferry service. In the Christmas season, this will just add further misery on top of people," he said.

"After millions of dollars spent, a Joint Select Committee (JSC) investigation, and the economy of Tobago brought to its knees, this government continues its shambolic management of the seabridge. The Minister of Transport is not an elected official, perhaps that's why he feels no need to account to the country for the national disgrace he continues to preside over," Paray said.

Sinanan said during a Parliament session on Friday that the issue was successfully addressed and the Galleon's Passage resumed sailing on December 6, 2018.