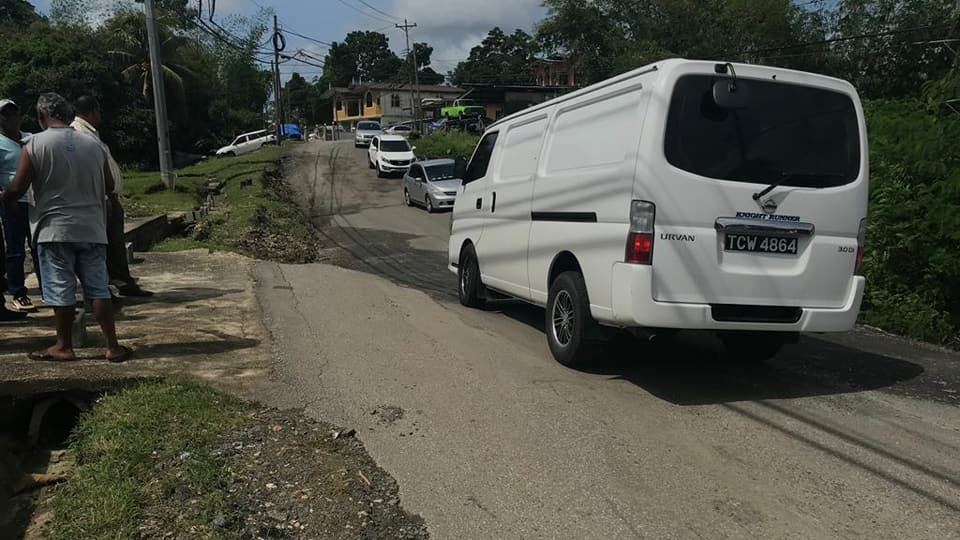 Mayaro MP Rushton Paray said the landslip along the Naparima Mayaro is getting worse and affecting nearby houses as well as the vehicles which travel along it.

In a statement issued Tuesday, Paray said he is once again expressing grave concern about the deplorable state of the landslip on the Naparima Mayaro Road, Agostini Village Rio Claro.

He said the matter was ventilated on several occasions as seeking urgent attention. Letters from the Office of the Member of Parliament for Mayaro were dispatched to the Honourable Prime Minister, The Honourable Minister of Works and Transport and numerous media releases were also issued.

"The Honourable Minister of Works and Transport gave a commitment that infrastructural works were scheduled to begin in January 2018. MP Paray is calling on the Honourable Minister to indicate the date for work to commence on this project and also to identify the designated contractor assigned to same."

"The severity of the situation at this stage has amplified, resulting in homes within close proximity of the landslip which were initially threatened, are now on the threshold of being eroded."

"The road condition has deteriorated and presently the roadway is highly impassable especially for heavy equipment and other large vehicles."

"Complaints are lodged on a daily basis as residents in and around the area are extremely disgusted, taxi and maxi drivers and by extension commuters are disenchanted and owners of heavy equipment and trucks are disgruntled by constant damage caused to their vehicles as a result of the dilapidated road condition."

"With the school term being opened tomorrow, this will pose an additional threat to the efficiency for reopening of the new term," he said.

Paray said he is pleading with the government to place priority on this project since it is the major artery in and out of the Galeota hub of energy resources.