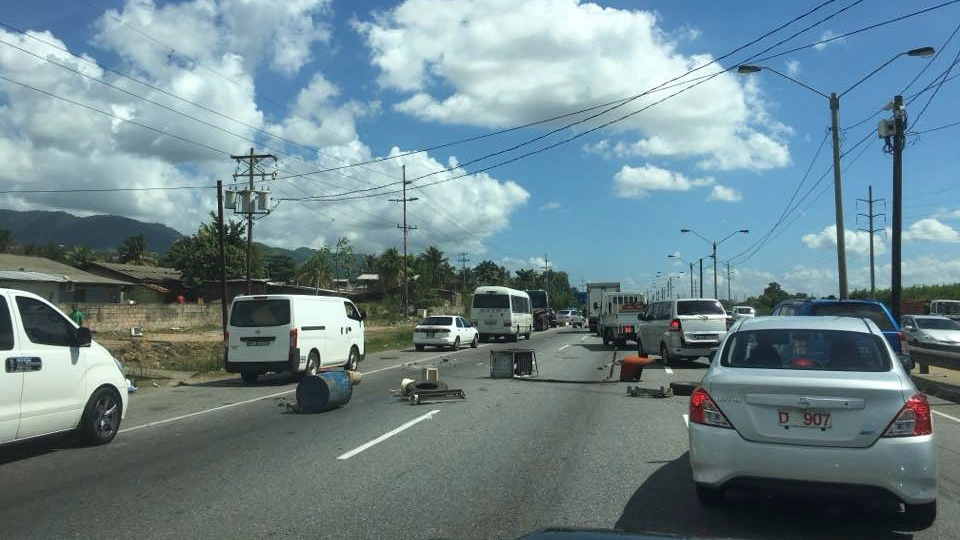 The Trinidad and Tobago Police Service is reporting that traffic is now flowing freely on the eastbound lane of the Beetham Highway.

Earlier today, debris was strewn across eastbound lane of the Beetham Highway by angry citizens.

Video footage shared with LoopTT shows obstacles such as tires and other debris being thrown at passing vehicles and placed in the roadway.

Footage shows that the eastbound lane was blocked and drivers heading East were advised to seek alternative routes, however, according to eyewitness reports, the westbound lane remained clear up to 12:15 pm.

Terrified drivers were even seen turning around and retreating west along the eastbound lane of the highway.

Police presence was heavy along the westbound lane of the Beetham Highway and the Priority Bus Route, where there had been unconfirmed reports of blockages.

The violence is said to be the result of a police exercise in the Beetham area earlier this morning, in which two alleged gang leaders were detained.

Police say they are maintaining a presence at the location.