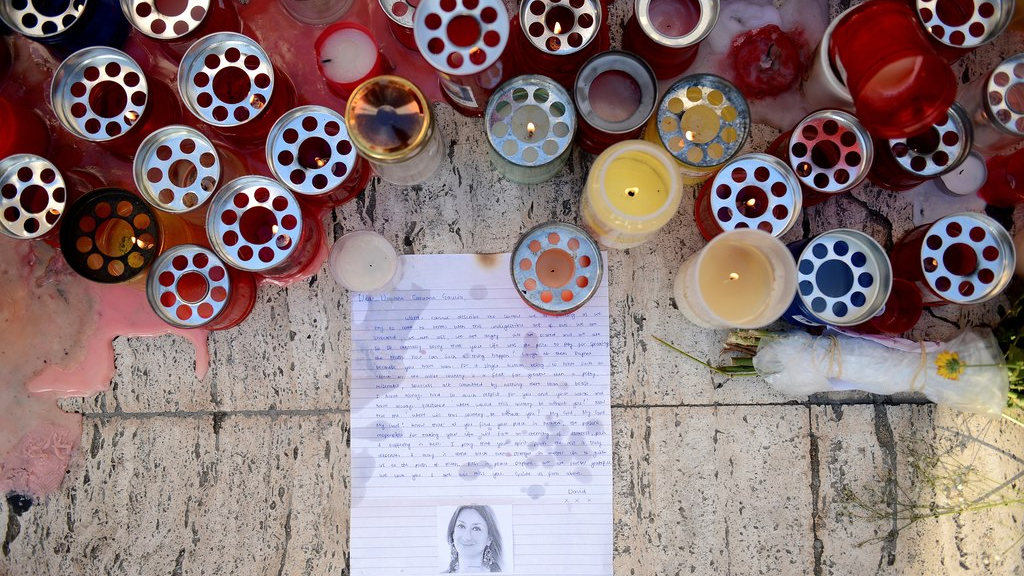 FILE - A Tuesday Oct. 17, 2017 file photo showing candles, notes and paper cuttings next to the Love Monument in St. Julian, Malta, the day after the killing of journalist Daphne Caruana Galizia. At least 81 reporters were killed doing their jobs this year, while violence and harassment against media staff has skyrocketed, the world's biggest journalists' organisation says. (AP Photo/Rene Rossignaud, File)

At least 81 reporters were killed doing their jobs this year, while violence and harassment against media staff have skyrocketed, the world's biggest journalists' organisation says.

In its annual "Kill Report," seen by The Associated Press, the International Federation of Journalists said the reporters lost their lives in targeted killings, car bomb attacks and crossfire incidents around the world.

The number of deaths as of December 29 was the lowest in a decade, down from 93 in 2016. The largest number were killed in Mexico, but many also died in conflict zones in Afghanistan, Iraq and Syria.

The IFJ suspected but could not officially confirm that at least one other journalist was killed Thursday in an attack by an Islamic State suicide bomber on a Shiite cultural center in Kabul, in which at least 41 people died.

IFJ President Philippe Leruth said that while the drop in deaths "represents a downward trend, the levels of violence in journalism remain unacceptably high."

He said the IFJ finds it "most disturbing that this decrease cannot be linked to any measure by governments to tackle the impunity for these crimes."

Eight women journalists were killed, two in European democracies — Kim Wall in Denmark, who died on the submarine of an inventor she was writing about, and Maltese investigative journalist Daphne Caruana Galizia who was blown up by a bomb placed in her car.

Beyond the deaths, the IFJ warned that "unprecedented numbers of journalists were jailed, forced to flee, that self-censorship was widespread and that impunity for the killings, harassment, attacks and threats against independent journalism was running at epidemic levels."

Turkey, where official pressure on the media has been ramped up since a failed coup attempt in July 2016, is becoming notorious for putting reporters behind bars. Some 160 journalists are jailed in Turkey — two-thirds of the global total — the report said.

The organisation also expressed concern about India, the world's largest democracy, where it said that attacks on journalists are being motivated by violent populism.

Countries with the highest numbers of media killings: