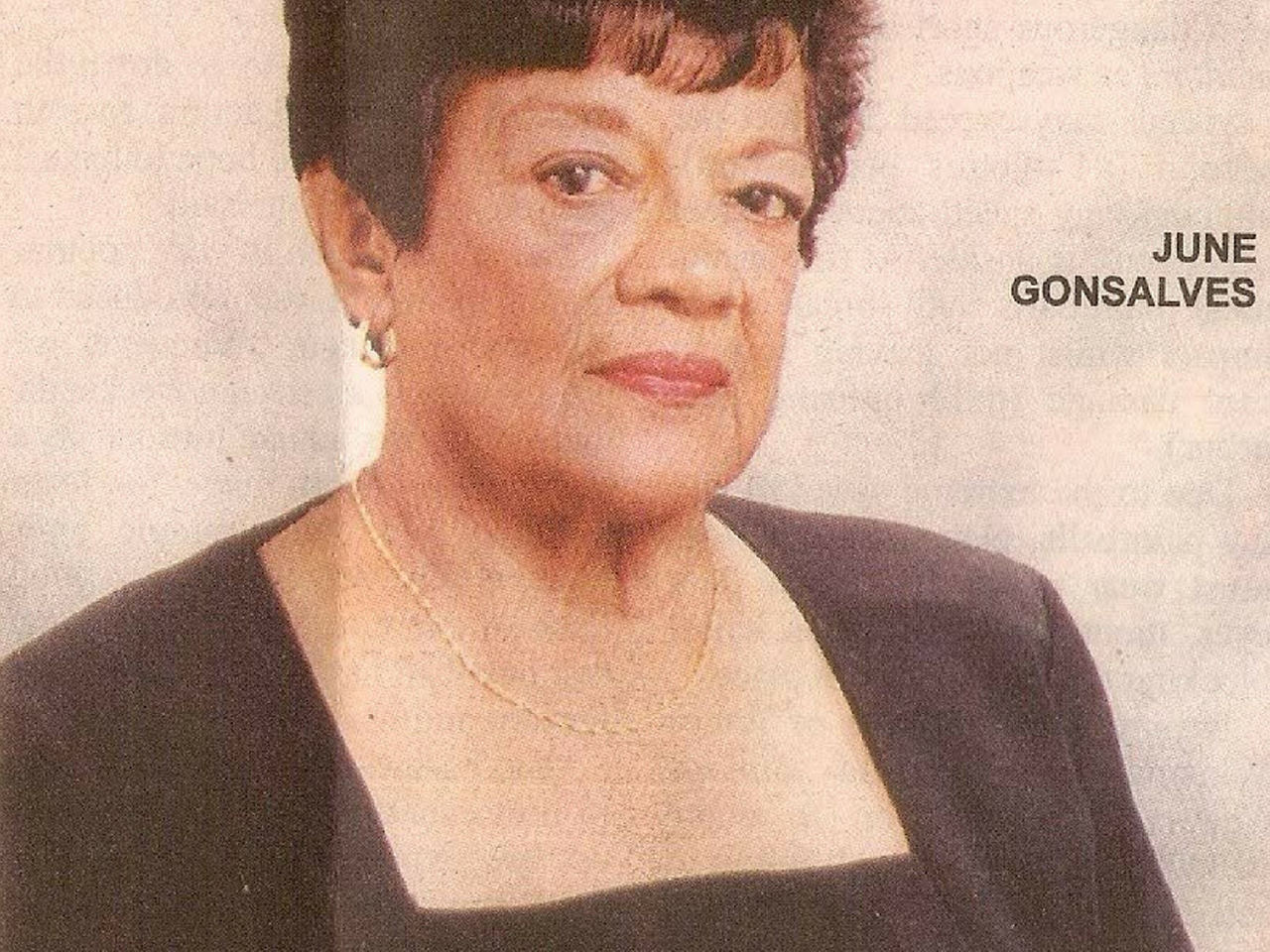 Veteran broadcaster June Gonsalves has passed away at the age of 91.

She died at her Anderson Terrace, Maraval home on Friday evening.

Gonsalves, the widow of the late national goalkeeper Joey Gonzales, leaves to mourn her two children, Teresa and Gerard.

She suffered from Alzheimer's disease for the last seven years.

Gonsalves joined Radio Trinidad in 1956 and has the distinction of being the first female programme director of a Trinidadian radio station, a post she took up in 1964.

She resigned in 1970 and served as secretary to the late Archbishop Anthony Pantin until his death in 2000. That same year, she became the first Trinbagonian woman to be named a Dame Commander of the Order of St Gregory the Great.

She also hosted a number of programmes, including a Catholic religious programme, “The Catholic Forum of the Air.

Funeral arrangements are yet to be finalised.

MoH offers condolences on the passing of Dr Andy Bhagwandass