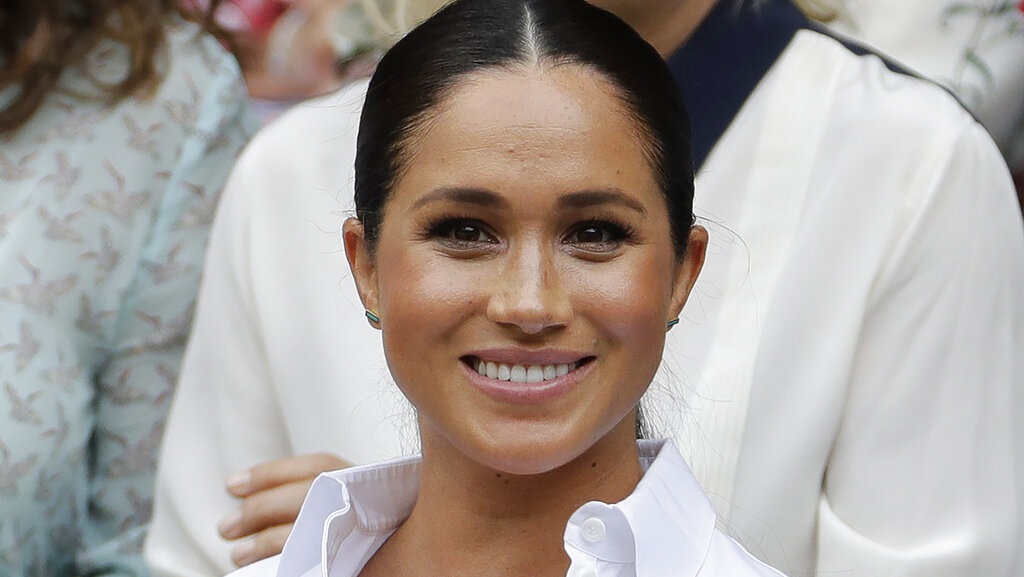 In this July 13, 2019 file photo, Kate, Meghan, Duchess of Sussex smiles while sitting in the Royal Box on Centre Court to watch the women's singles final match between Serena Williams, of the United States, and Romania's Simona Halep on at the Wimbledon Tennis Championships in London. (AP Photo/Ben Curtis, File)

Meghan, the Duchess of Sussex, has guest-edited the September issue of British Vogue with the theme "Forces for Change."

Royal officials say the issue coming out Aug. 2 features "change-makers united by their fearlessness in breaking barriers" and includes a conversation between Meghan and former U.S. first lady Michelle Obama.

The duchess herself doesn't appear on the cover. Editor-in-chief Edward Enninful said they discussed whether Meghan should be on the front cover from the beginning, but said in the end she "felt that it would be in some ways a 'boastful' thing to do for this particular project".

"She wanted, instead, to focus on the women she admires," he said.

Meghan, who is on maternity leave from her royal duties after the birth of her son Archie, had worked on the project for seven months. She said she hopes readers will be inspired by the magazine's focus on the "values, causes, and people making impact in the world today."

Kate, the Duchess of Cambridge, was featured on the magazine's cover in 2016 for its centenary edition.