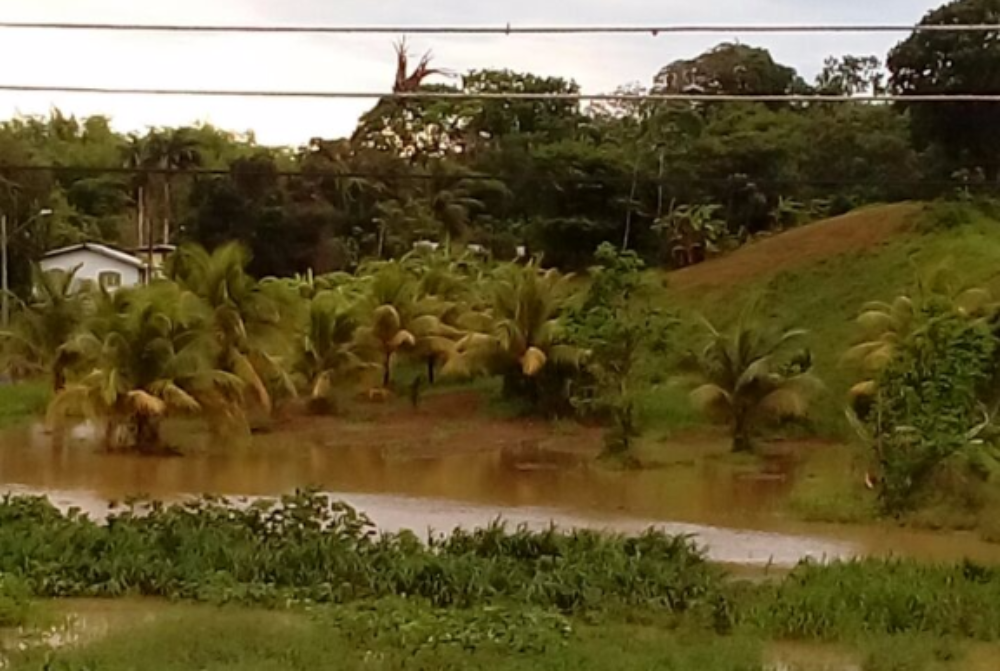 The Trinidad and Tobago Meteorological Service is warning that some rivers may burst their banks and is asking citizens to be on the alert.

The Met Office issued a riverine flood alert on Tuesday morning as a result of recent rainfall activity which came with the passage of Tropical Storm Bret.

The Met Office said as opposed to street and flash flooding, riverine flooding is more prolonged and widespread.

"Data from the Water Resources Agency indicate that water levels in the nation's major rivers are approaching threshold levels as a result of run-off form the current rainfall event."

"Although water levels in the primary Caroni River remain contained at this time, it is nevertheless threateningly high."

The Met Office adds that further rainfall activity is expected over the next five to eight hours with anticipated rainfall accumulations of 20-30 millimetres.

"Given the additional rainfall predicted for Trinidad and Tobago and the occurrence of high tides at 1:05 pm today, the possibility of river overtopping is real and imminent," the Met Office said.

Citizens, especially those residing in the Caroni River Basin are asked to be on the alert for rising river levels and possible overspill.

All necessary measures must be taken to preserve life and property, the Met Office said.

The Met Office assured that with the passage of Bret, the country is not under any tropical storm threat or warning.