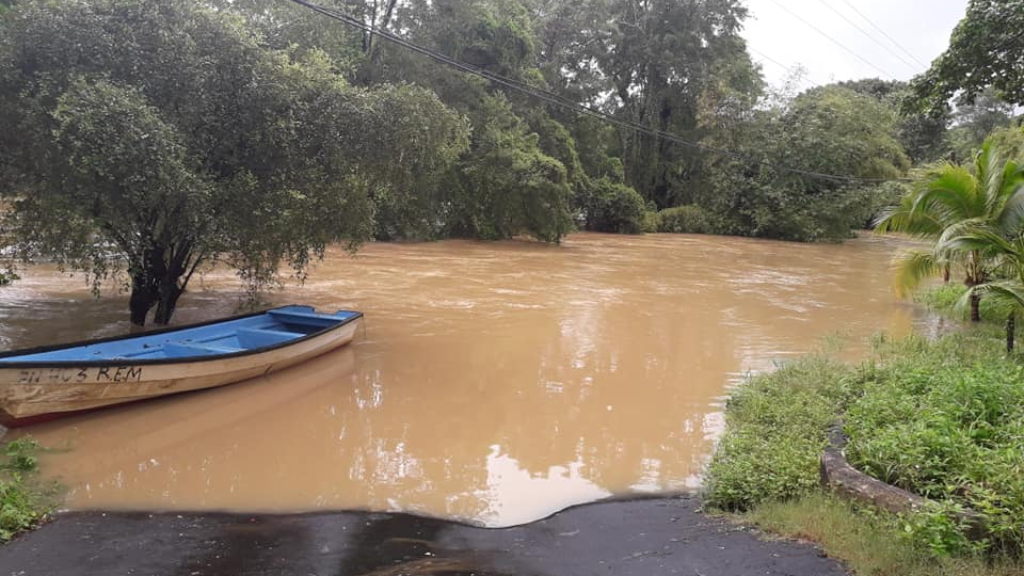 Photo: Flooding in South Trinidad after heavy rainfall in 2018.

Citizens must once again brace for normal to above-normal rainfall during the wettest months of the season, July and August, according to the latest report from the Trinidad and Tobago Meteorological Service.

The Met Office said most of Trinidad and Tobago is likely to receive rainfall in excess of 500 millimetres (1.6 feet) over the three months July to September 2020.

The Met Office said both islands are likely to receive 45-55 wet days during this period (usually out of 92 days in JAS the average is 47-59 wet days for Trinidad and 36-51 for Tobago).

As a result, the risk of flash flooding remains elevated.

‘Elevated flooding risks continue but especially for flood-prone areas; as localized heavy  rainfall and prolonged wet spells will increase flash-flooding potential in high-risk/flood-prone areas and within watersheds with narrow valleys and steep hill-sides.’

‘The country is likely to receive very high rainfall totals, since July and August are two of the wettest months of the wet season. High wind events during adverse weather events are likely.’

The Met Office said July is forecast to be wetter than average with above-normal rainfall forecast in southwest Trinidad:

‘The wet and hurricane seasons are only one month old and already the country has been affected by adverse weather events, which have caused damages.

‘July to September rainfall outlook indicates the month of July is likely to be wetter than average.’

As a result, there will likely be an increased number of adverse-weather events to contend with, as the period is likely to bring increased unsettled conditions.

‘The risk for hot days and short-duration hot spells remain elevated for the August to October period.’

People living in flood risk areas should continue their flood planning and preparedness efforts and prepare emergency supplies and have them on standby.

People living near or on flood plains should identify shelter locations and be sand-bag ready.

Families must also develop an evacuation plan and update contact information for the local disaster officials and other emergency services.

State agencies are advised to ramp-up de-silting and cleaning of drainage systems, water channels, outlets and river mouths. Pay attention to areas of rock fall which may be indicative of potential landslides.