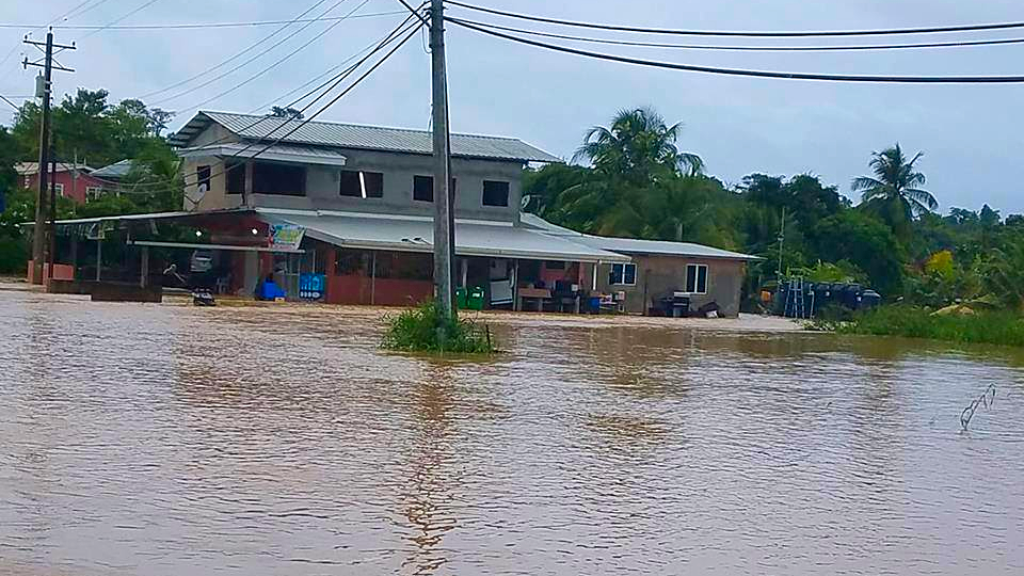 Photo: Flooding in the Caparo area in June 2017.

Citizens in Trinidad are being warned of wetter-than-normal conditions from September to October, along with higher-than-normal temperatures.

In an update, the Trinidad and Tobago Meteorological Service said most of Trinidad experienced a wetter than average August and the outlook for September to November shows increased chances for the continuation of wetter than usual conditions, with an increased potential for flooding.

The Met Office said Sangre Grande and surrounding areas are estimated to have the largest rainfall with accumulated totals of approximately 1067.0mm (3.5 feet), while areas near Cedros and Icacos in the southwest are likely to receive the least amount.

North-eastern Tobago in areas near Mount Saint George is favoured to receive the highest accumulated rainfall totals, while the smallest totals are likely in the vicinity of Canaan and Bon Accord. 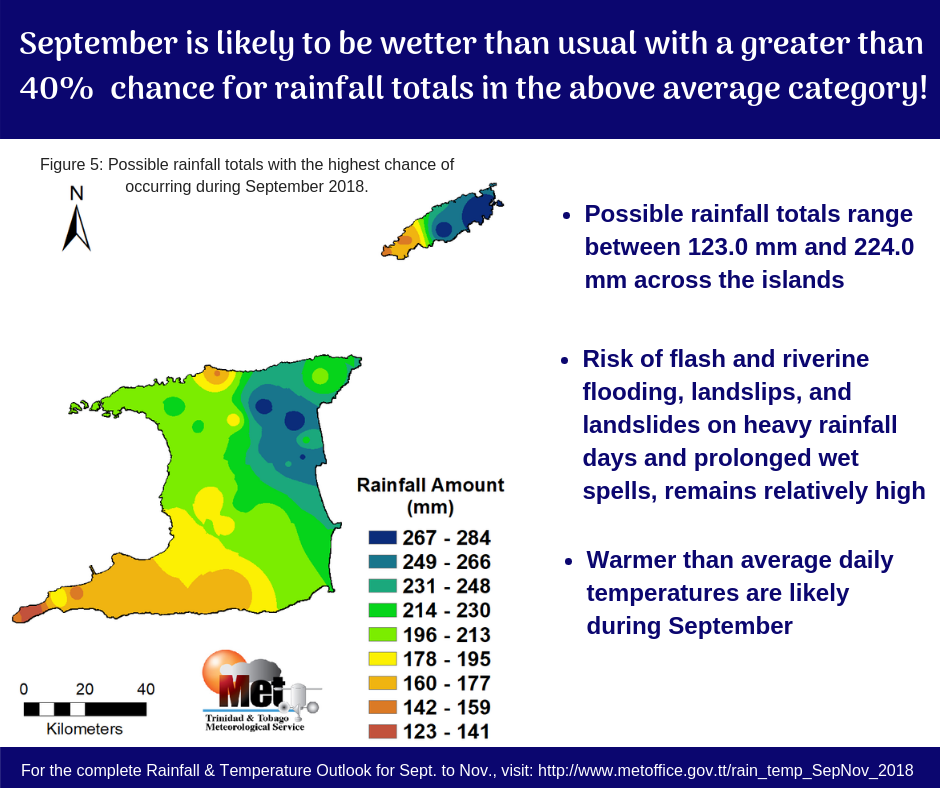 In Trinidad, October and November typically have increased frequency in prolonged rainfall that can lead to flooding, while September and October are part of the peak of the hurricane season.

Citizens are being warned of the following:

- Increased potential for heat stress in the vulnerable population and small livestock during September and October, especially in areas with drier than usual conditions. Cooling needs will be greater in most areas.

- Existing surface wetness is likely to become enhanced. This increases landslip and landslide potential in areas so prone.

The Met Office said however that most of Tobago experienced drier than usual conditions during June, July and August. An outlook for near to below average rainfall in the coming three months, suggests improvement in rainfall deficit are less likely to occur during the period. 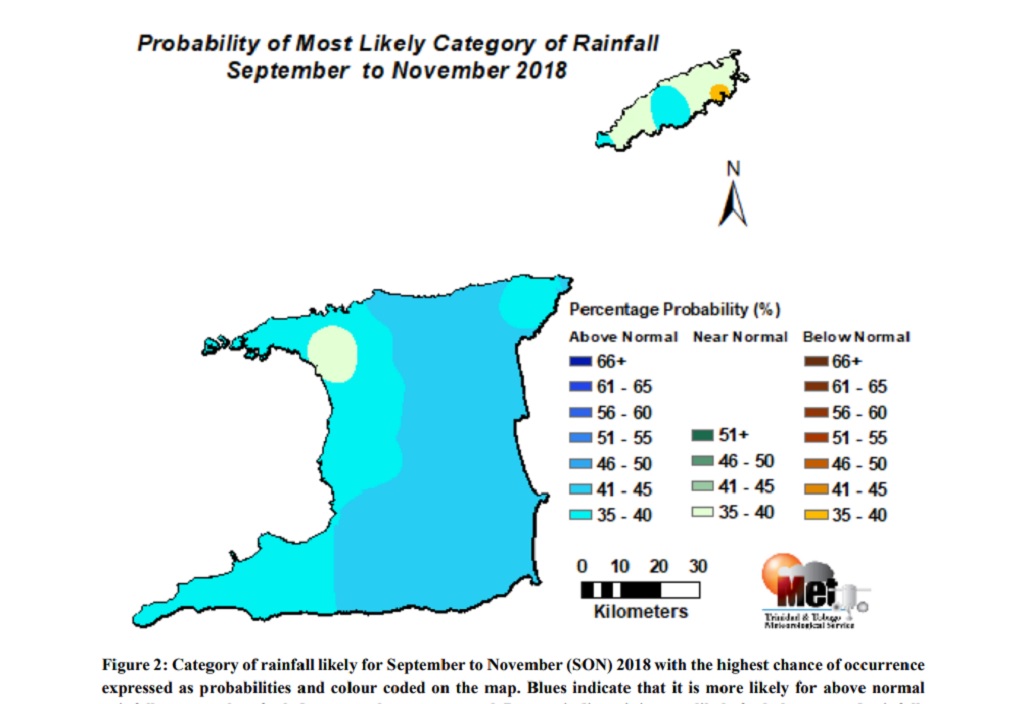 The Met Office projected that the peak of the second local heat season is likely to take place in September with some of the warmest days.

The Met Office added that chances for this to occur are greater than 40 percent for all of Trinidad. Tobago has the most likely chance for near normal to below normal accumulated rainfall totals (high confidence).

The Met Office said these high temperatures can aid more intense showers, which will increase the risk for flash floods on hot days, especially in the cities and built-up areas.

The Met Office said an increase in surface water ponding can promote mosquito breeding, leading to higher risk for spikes in vector-borne diseases.

The Met Office warned that excessive heat on hot spell days could lead to increased heat stress in the vulnerable population and small livestock until October.

The Met Office advised the following:

- Continue efforts to prevent waste from entering drains and water courses in order to reduce flooding;

- Clear bushes, open drainage systems, fumigate in and around residences;

- Sensitize communities on the forecast and its negative impacts;

- Alert communities and citizens in flood and landslide-prone areas to act early.

- Initiate contingency planning for the likely drier than usual start to the upcoming dry season.

- Continue proper preparation especially for persons in at-risk areas. Stock up on emergency supplies for 3-7 days;

- Clean drains and canals; Conserve, store and manage water in a safe and adequate manner;

- Take measures to lessen impacts from flooding. Be sand-bag ready;

- Be vigilant and visit the Met. Service website at www.metoffice.gov.tt regularly to keep up to date with local weather changes and follow them on social media.