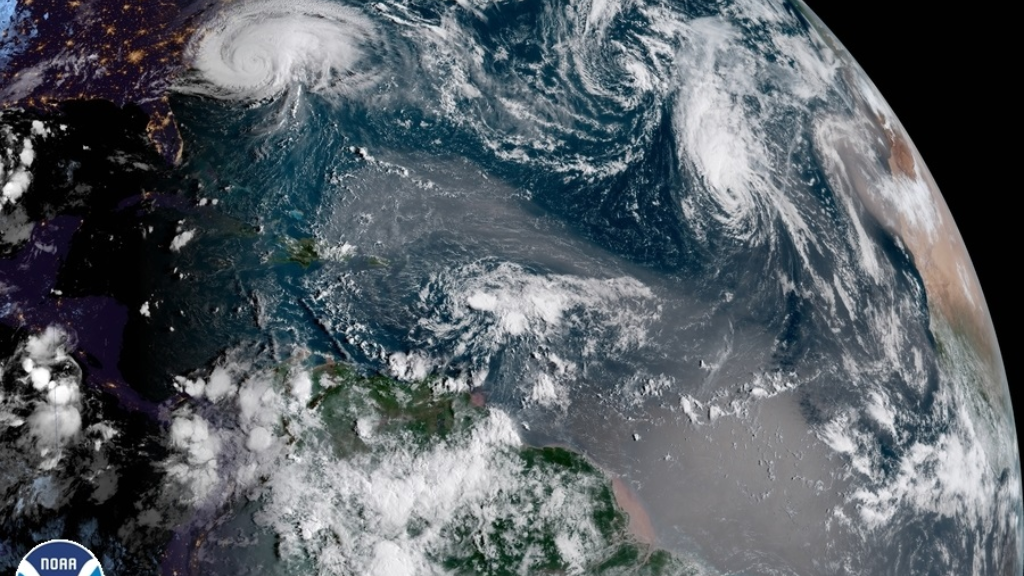 The Trinidad and Tobago Meteorological Service said Tropical Storm Isaac is moving away from Lesser Antilles and eastward into the Caribbean Sea.

In an update on Thursday, September 13, 2018, the Met Office said the centre of Tropical Storm Isaac passed through the northern Lesser Antilles at approximately 9:00 am Thursday and was passing over the eastern Caribbean Sea.

"Isaac has become less organized and is now a weak Tropical Storm. At 2:00 pm today, the centre of Tropical Storm Isaac was located near 14.9W 62.5N or about 130 km west-southwest of Dominica, moving W at 30 km/h with maximum sustained winds of 75 km/h," the Met Office said.

The Met Office said a Tropical Storm Warning was in effect for Guadeloupe, Dominica and Martinique but was expected to be discontinued by Thursday evening. 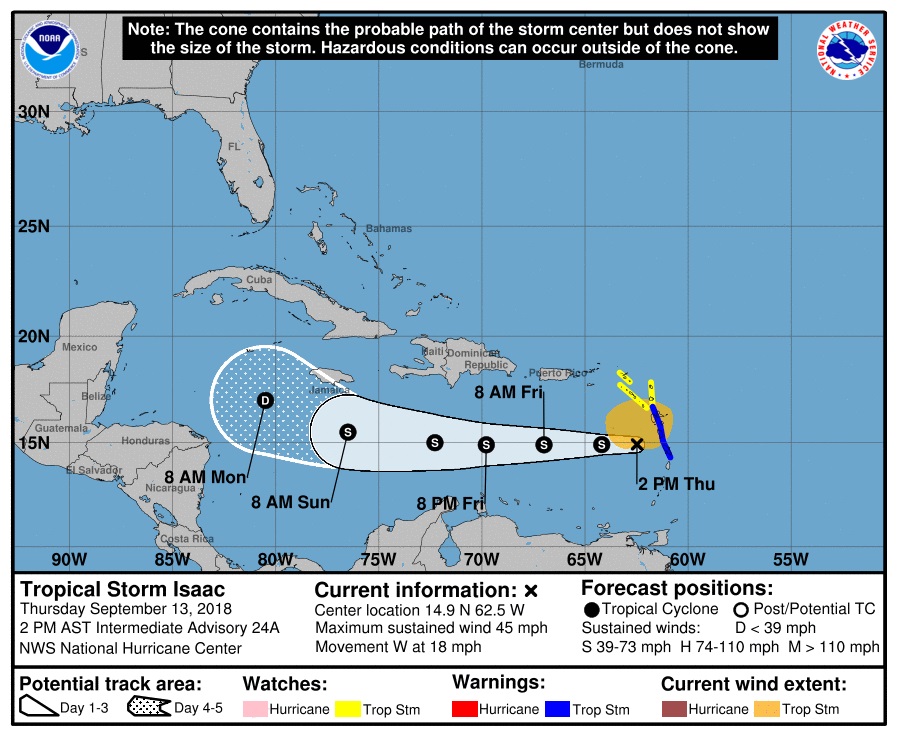 A Tropical Storm Watch which had been issued for St. Kitts and Nevis, Montserrat, Barbuda and Antigua was also expected to be discontinued by Thursday evening.

The Met Office assured that Tropical Storm Isaac poses no direct threat to Trinidad and Tobago as it continues to move away from the Lesser Antilles.

The public is encouraged to continue monitoring the Met Office via its social media accounts and website at www.metoffice.gov.tt for updates.