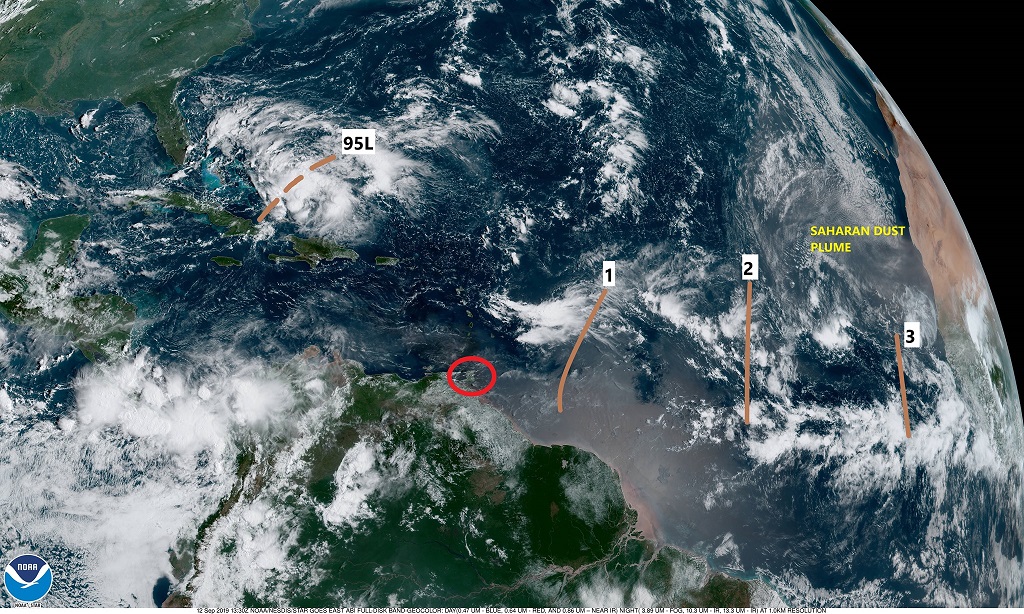 In an update to social media on Thursday, the Met Office said three tropical waves and a system labelled Invest Area 95L are moving through the Atlantic.

Closest to Trinidad and Tobago is Tropical Wave 1, which was expected to pass over the Lesser Antilles on Saturday. An overview of the systems is as follows:

Slow-moving Tropical wave whose axis is expected to pass over the Lesser Antilles on Saturday.

Most of the activity is expected over the Leeward Islands, with indirect local effects on T&T.

As it moves westward, it will encounter unfavourable upper-level conditions (cyclone formation is not anticipated)

Likely to bring moisture over T&T on Sunday/Monday.

Conditions appear conducive for development early next week while the system moves westward over the tropical Atlantic.

Conditions are becoming favourable for development as the system moves northwest.

The public is asked to continue to monitor weather developments by following the Met Office via their social media channels.

Tropical Storm Fernand forms in the Gulf of Mexico, heads for coast

Tentative list of the missing in Bahamas has 2,500 names