Met: Second tropical wave to pass over T&T on Wednesday into Thursday 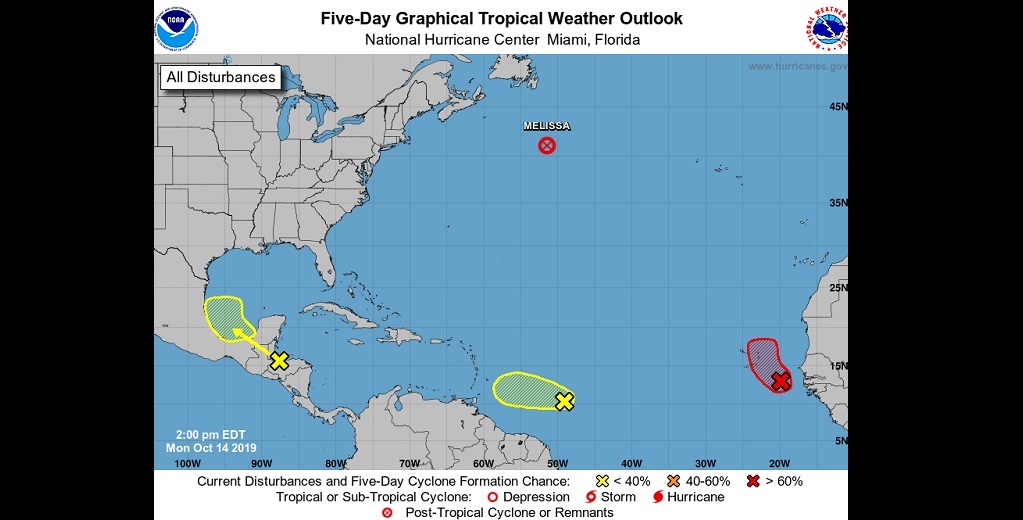 Another tropical wave is also set to pass over the islands later this week.

“We are currently monitoring another Tropical Wave to the east of T&T whose axis is located along 50W. The axis is expected to pass over T&T Wednesday night into Thursday, slightly increasing the potential for thunderstorms on both days.”

Most of the activity is expected to occur north of T&T.

The Miami based National Hurricane Centre (NHC) says this wave has a 20% chance of cyclone development. It is also expected to continue on a west-northwesterly track.

Meanwhile, the TTMS is advising that a cyclone is set to develop off the coast of Africa but is not forecast to affect the Caribbean.

“There is an area of low pressure located just off the African coast. NHC has determined that this system has a 90% chance of cyclone development. Please note that this system is NOT expected to impact the Caribbean as it is expected to move in a north-northwesterly direction, out into the mid-Atlantic Ocean.”

In an update at 9 am on Sunday, it said a Tropical wave is expected to pass over T&T early on Monday morning.

It said a few showers are possible from Sunday evening.

The Met Office added the next wave is expected to pass on Wednesday, with some lingering moisture on Thursday.

Meanwhile, it said there is also a Tropical wave just along the African coast.

The Met Office said the National Hurricane Centre (NHC) is monitoring this wave and have determined that there is 50% chance for cyclone development.

The Met Office is monitoring the progress of two Tropical waves.

In a Facebook post on Saturday, it said the closer of the two waves is expected to pass Sunday evening into Monday, while the other is expected sometime on Wednesday.

It further advised that the passage of the Tropical wave is expected to result in some showers and the odd thunderstorm on Monday.

The Met Office added that it will continue to provide updates as the Tropical waves near T&T.