Mickela Panday slams 'vicious rumour': My father is not dead 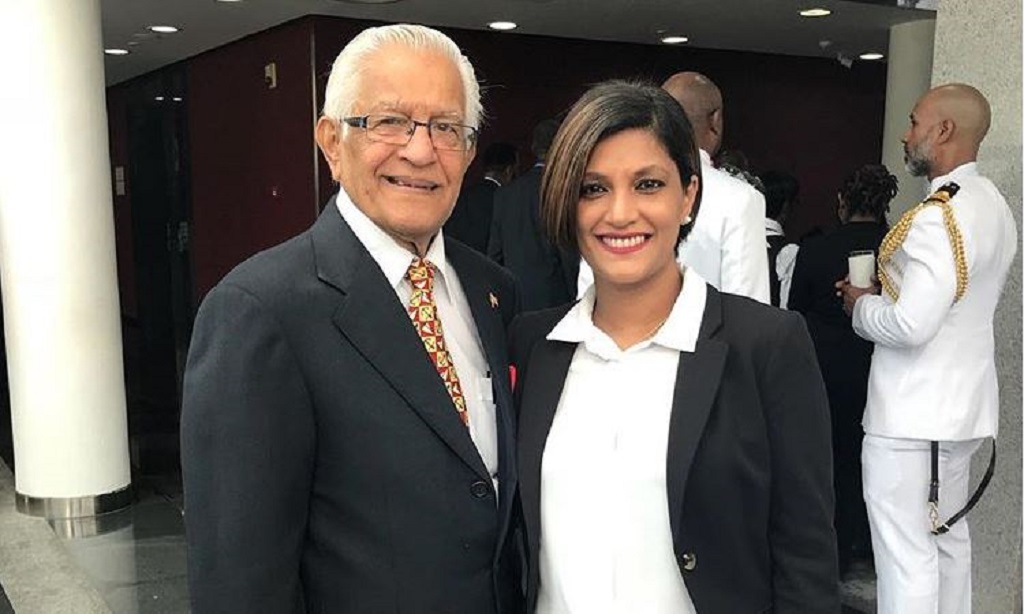 Mickela shared an update on Sunday assuring the public that her father is alive and well but condemned the 'vicious rumours' being circulated.

"There is cruel and vicious rumour being spread that our Dad has passed away. Whilst we have become accustomed to fake news this is a new low. Please be assured that he is alive and kicking!" 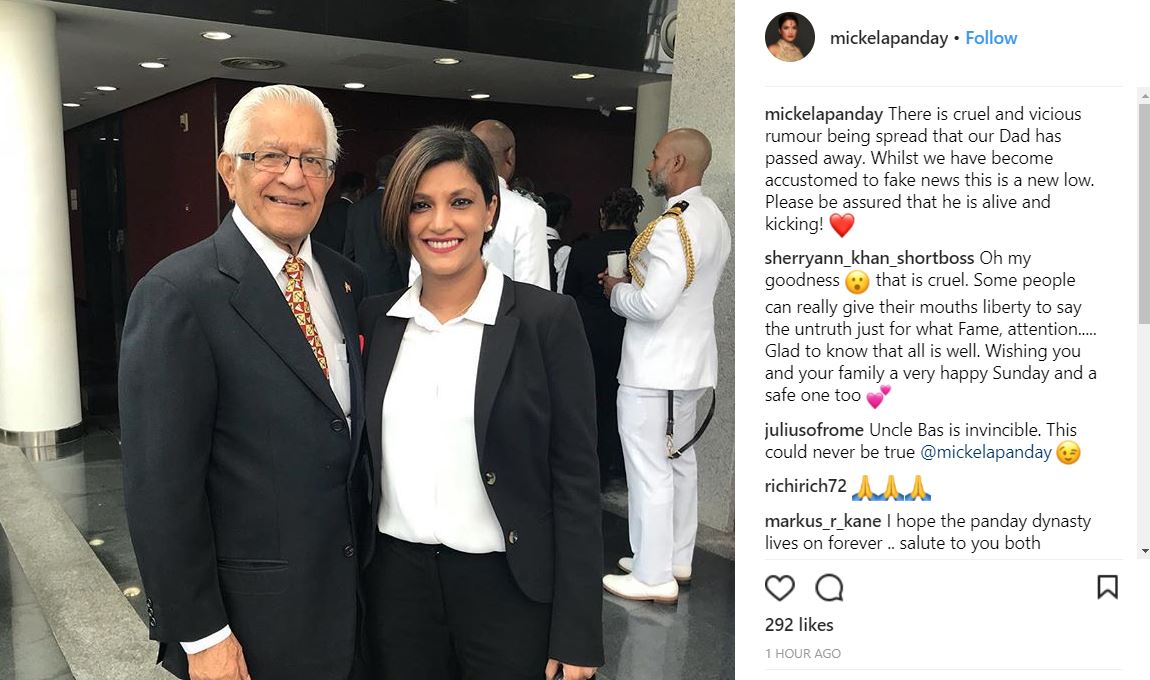 In a separate incident, cricketer Denesh Ramdin also took to social media to refute fake news reports that he had been held in the US for attempting to smuggle drugs in coffee containers.

Ramdin clarified that he was at home with his family and slammed the mischief-makers, calling for the post to be removed.