Microsoft launches $25M program to use AI for disabilities 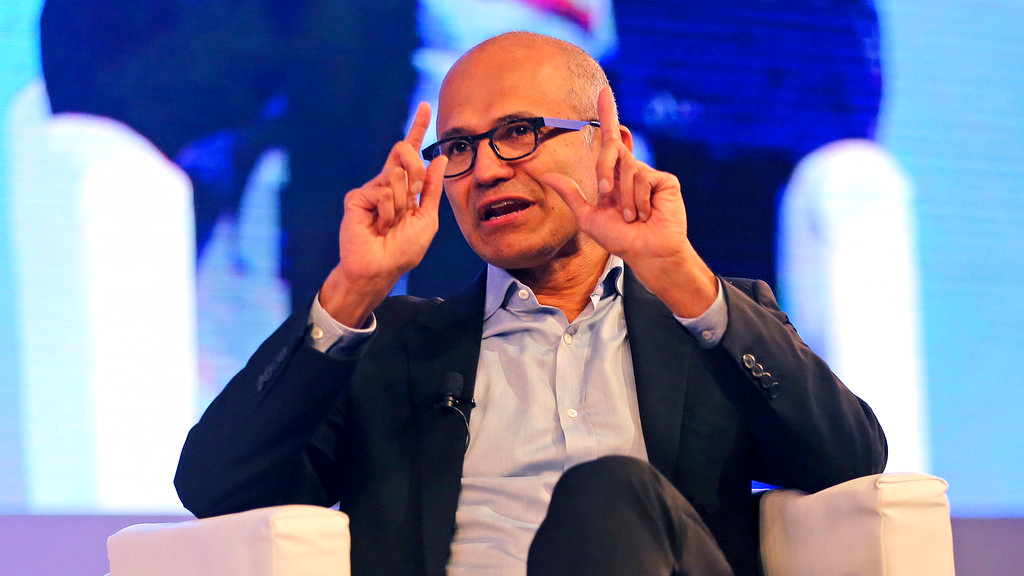 Microsoft is launching a $25 million initiative to use artificial intelligence to build better technology for people with disabilities.

CEO Satya Nadella announced the new "AI for Accessibility" effort as he kicked off Microsoft's annual conference for software developers. The Build conference in Seattle features sessions on cloud computing, artificial intelligence, internet-connected devices and virtual reality. It comes as Microsoft faces off with Amazon and Google to offer Internet-connected services to businesses and organizations.

The conference and the new initiative offer Microsoft an opportunity to emphasize its philosophy of building AI for social good. The focus could help counter some of the ethical concerns that have risen over AI and other fast-developing technology, including the potential that software formulas can perpetuate or even amplify gender and racial biases.

The five-year accessibility initiative will include seed grants for startups, nonprofit organizations and academic researchers, as well as deeper investments and expertise from Microsoft researchers.

Microsoft President Brad Smith said the company hopes to empower people by accelerating the development of AI tools that provide them with more opportunities for independence and employment.

"It may be an accessibility need relating to vision or deafness or to something like autism or dyslexia," Smith said in an interview. "There are about a billion people on the planet who have some kind of disability, either permanent or temporary."

Those people already have "huge potential," he said, but "technology can help them accomplish even more."

Microsoft has already experimented with its own accessibility tools, such as a "Seeing AI" free smartphone app using computer vision and narration to help people navigate if they're blind or have low vision. Nadella introduced the app at a previous Build conference. Microsoft's translation tool also provides deaf users with real-time captioning of conversations.

"People with disabilities are often overlooked when it comes technology advances but Microsoft sees this as a key area to address concerns over the technology and compete against Google, Amazon and IBM," said Nick McQuire, an analyst at CCS Insight.

Smith acknowledged that other firms, especially Apple and Google, have also spent years doing important work on accessibility. He said Microsoft's accessibility fund builds on the model of the company's AI for Earth initiative, which launched last year to jumpstart projects combating climate change and other environmental problems.

The idea, Smith said, is to get more startups excited about building tools for people with disabilities — both for the social good and for their large market potential.

Other announcements at the Build conference include partnerships with drone company DJI and chipmaker Qualcomm. More than 6,000 people are registered to attend, most of them developers who build apps for Microsoft's products.

This is the second consecutive year that Microsoft has held its conference in Seattle, not far from its Redmond, Washington, headquarters.

Microsoft fights US in high court to protect global business