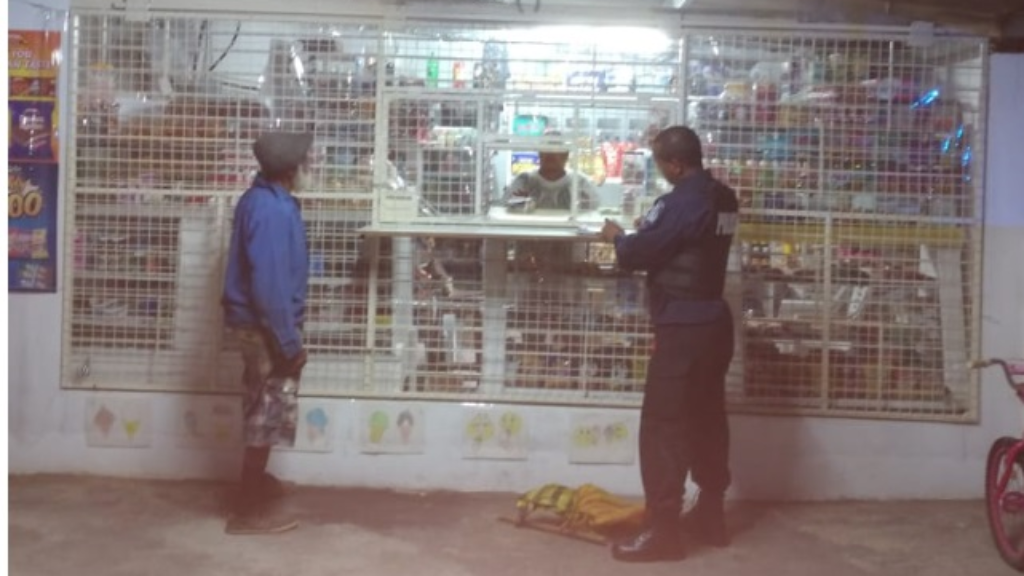 File image of a mini-mart operator being warned to close at 6pm.

Police are once again reminding citizens that under the current regulations of the Public Health Ordinance, mini-marts are expected to close at 6pm.

This comes after a 36-year-old woman was arrested on Thursday night at her shop along Orange Flats, Arima.

A team of officers from the Arima police station, under the supervision of Sgt Ken Ali, received information which led them to the community at about 7.45pm.

They observed a group of men liming outside a mini-mart.

The men were confronted and warned about the regulations they were in breach of.

The group then dispersed.

The owner of the mini-mart was then questioned.

After it was realized that she was selling liquor without a license, she was detained and brought to the Arima police station where she was charged.