Minister after elderly man's death: No process to be fixed 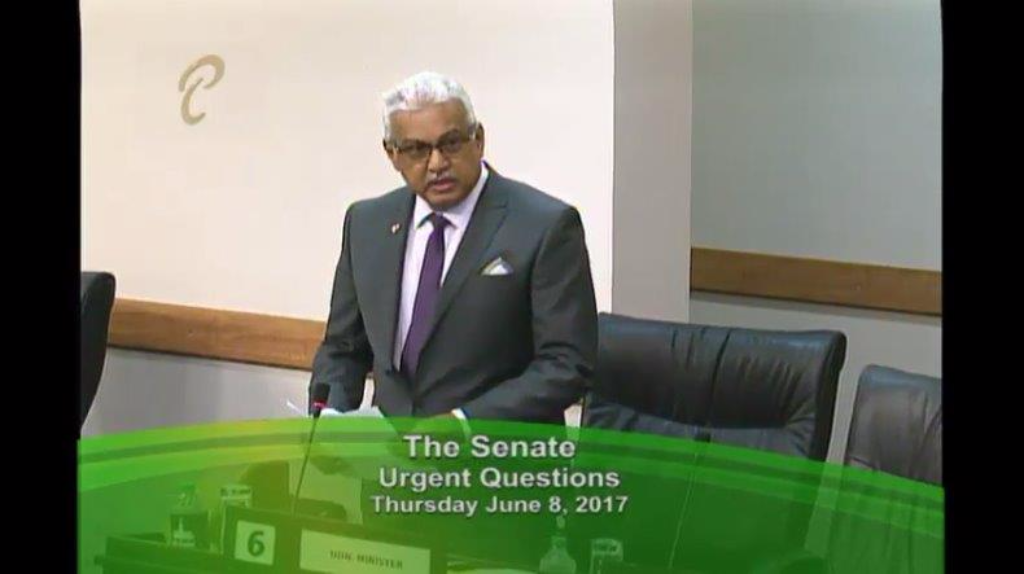 All protocols were followed by medical staff at the Port of Spain General Hospital in treating with Christopher Phillip who was later found dead outside the hospital on Wednesday. The Minister identified Phillip as 62-years-old, not 80, as previously reported.

Responding to an urgent question in the Senate on Thursday, Health Minister Terrence Deyalsingh said the patient was treated by doctors and nurses at the hospital on Tuesday when he presented himself at the Accident and Emergency Department, however, he disappeared on two occasions.

Reading from a preliminary report commissioned Wednesday on the incident, as compiled by Dr Anthony Parkinson, maintained that the hospital followed all guidelines as prescribed.

“There is no guilt, there is no process to be fixed. Protocols were followed and unfortunately, something happened in the intervening period between Tuesday afternoon and Wednesday when he then came back and presented on the lawn.

We have no idea what happened in that intervening 12 hours. But all protocols were followed and he received the best of treatment but he disappeared twice after being told to wait.”

The Minister said the elderly man was admitted Tuesday morning, his vitals were taken and he was sent for an x-ray. His main complaint at the time was that he was suffering at home because he had no one to take care of him.

“He received the x-ray at 2.30 pm and the results of the x-rays were told to Mr Phillip. Mr Phillip was then medically discharged and instructed not to leave the A&E department because it now became a social case due to his living conditions at home.

He complained he had no one at home to take care of him, he had no meals, he was hungry, he had no money for transport. He then disappeared. That was the first disappearance after being told to wait,” Deyalsingh said.

“At 3 pm the same day, he was observed by an MTS guard. He was then taken back to the A&E at 5.16pm on Tuesday again where his vitals was taken and he was put in a wheelchair to be taken to an examination cubicle.

Mr Phillip then disappeared for the second time in the same day. The assumption was then, he discharged himself against medical advice, which as a patient, you are entitled to do,” the Minister continued.

He stressed that Phillip disappeared on his own volition, and officials cannot detain someone and constrain someone and treat them against their own consent.