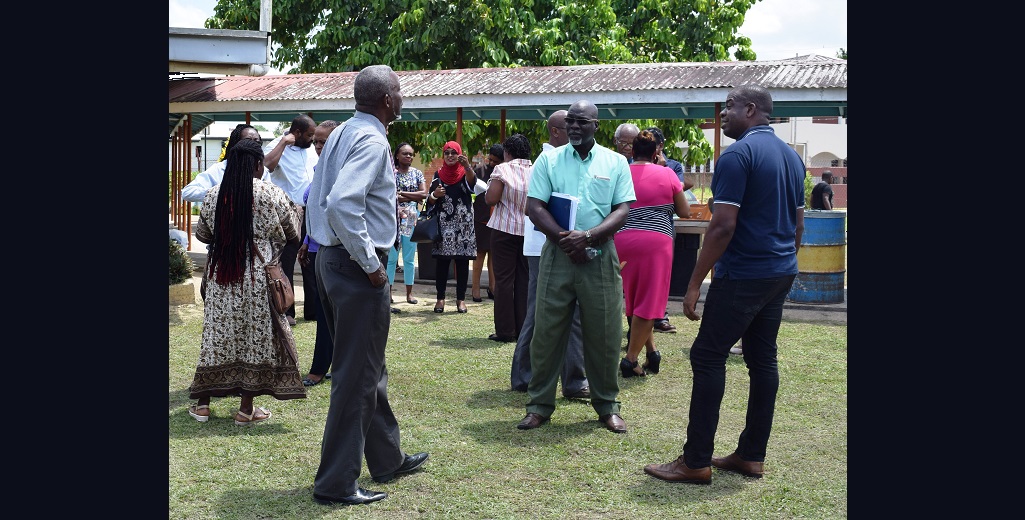 In just two weeks, students from the Claxton Bay Junior Anglican School - 1st year to std 2 - may be housed at an old block of the Marabella South Secondary School.

This was revealed by Minister of State in the Ministry of Education, Dr Lovell Francis, after touring the site on Friday.

"The parents like it, the teachers are in agreement, the board is in favour of it, so once we could work out the minor details to get it operational, this is a good site to have the school," Dr Francis said.

Stakeholders had discussed possible options for relocating 163 students after the Ministry of Works and Transport found a number of defects at the school.

"We already have the school on our vacation repair programme for Christmas, for December, where we had planned to do some prefab structures to replace the existing structure. So, literally we need to find a short term solution to house the school until then," the Minister added.

He also assured that transportation concerns have been addressed.

"Marabella is around the corner from Claxton Bay. Most parents will come to Marabella anyway if it is that there is a need for the Ministry to provide transportation we've already discussed that and we will make the arrangements required but the distance is not very far compared to the other alternative which was Hard Bargain," he said.

Meanwhile, as it relates to a shift system, Dr Francis said he did not believe it was the best option.

"I am not a fan of putting children on shift because it inconveniences two schools. That was a consideration this morning, that we should put the senior school on shift. I consider that at best, a worst-case scenario if you can't find another solution then you go on shift."