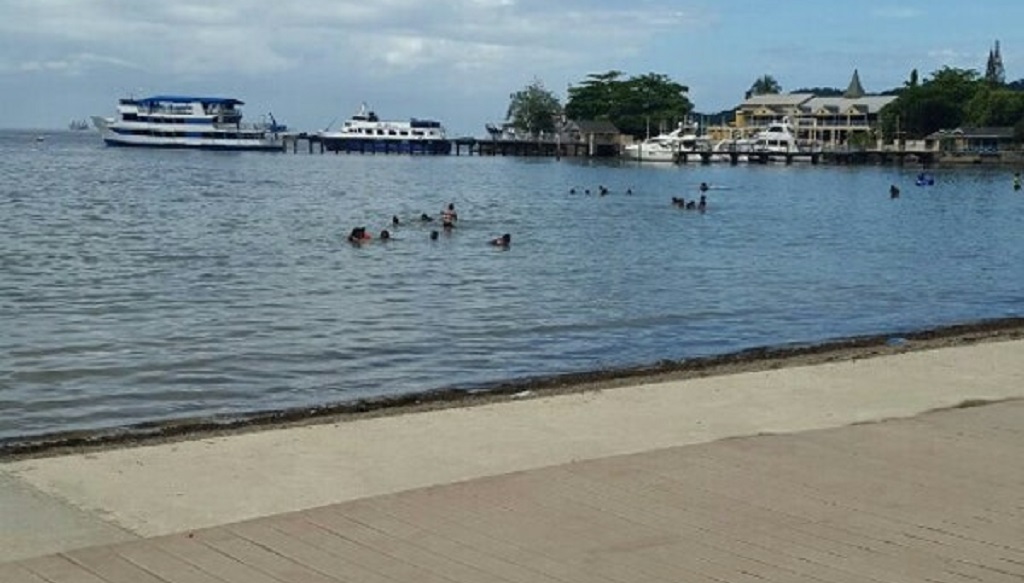 Minister of Agriculture, Lands and Fisheries, Clarence Rambharat, said although beaches do not fall under the remit of his Ministry, he is nevertheless concerned about reports of high levels of bacteria detected at Chagville and other local beaches.

Speaking to LoopTT, Rambharat said that the issue is a public health matter and would be the responsibility of the Ministry of Health, the Environmental Management Authority (EMA) and the Chaguaramas Development Authority (CDA).

The issue was raised after reports by the Institute of Marine Affairs (IMA) that high levels of bacteria from faecal matter, and other toxins such as heavy metals, had been found at popular beaches after periods of heavy rainfall.

Nevertheless, as a Minister and as a citizen, Rambharat said the issue is one of concern to him.

“Any matter involving public health and interest is something of concern to me both as a legislator and as a citizen. We always have to ensure that the public is aware of these risks and are able to protect themselves,” he said.

Rambharat said pollution is also an issue as during beach clean-ups in Chaguaramas, he has noticed high volumes of garbage.

“This isn’t the first time the IMA has reported on this, they have done a lot of research on how pollution impacts on the marine environment.”

“For example when we do beach clean-ups on Chacachacare island, we get a lot of trash, some of it is deposited by people who visit the island but much of it is brought in by the tide. It’s not just faecal matter but also trash and oil, and other residues that are deposited,” he said.

A State of the Marine Environment 2016 report revealed that many local beaches in Trinidad were contaminated with sewage. The report identified Maracas Bay, Las Cuevas, Chagville, Williams Bay, and Welcome Bay as some of the affected beaches.

"Health and safety standards at several bathing beaches in Trinidad and Tobago have been compromised and some shellfish species may be unsafe for human consumption," the IMA said.

The IMA also warned that swimming in these waters could cause illness.

“Viruses are believed to be the major cause of swimming-associated diseases such as gastroenteritis, hepatitis, respiratory illness, and ear, nose and throat ailments. Microbial diseases that can be contracted by swimmers are salmonellosis, shigellosis, and infections caused by Escherichia Coli Bacteria. Other microbial disease-causing organisms found at varying concentrations in recreational waters include amoeba and protozoa which cause giardiasis, amoebic dysentery, skin rashes and pink eye,” the report said.

A representative from the EMA said to LoopTT that they are in ongoing discussions with the IMA on the matter.

Gov’t creates action plan to treat with sewage at beaches