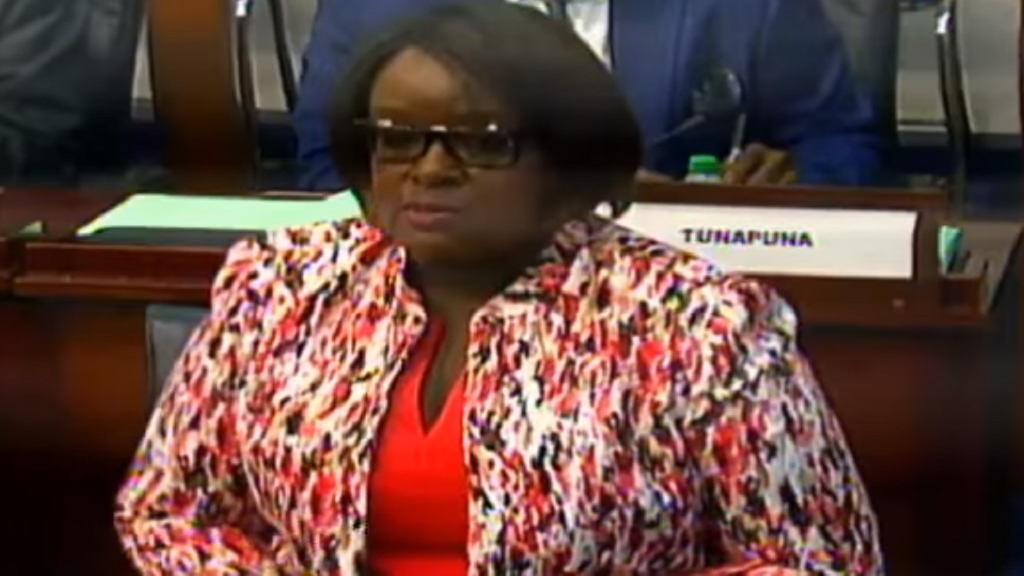 Planning Minister Camille Robinson-Regis corrected allegations regarding the proposed housing development in St Augustine, saying claims that it was to be built over the St Augustine Nurseries was "mischief" on the part of the Opposition.

In a statement issued February 16 as Acting Minister of Housing and Urban Development, Robinson-Regis said the statements made by Opposition are  "mischevious and are aimed at obstructing the Government’s development programme so that they (the Opposition) can continue to claim that “nothing is happening"".

Robinson-Regis said the proposed North Grove housing community in Curepe will not interfere with the St Augustine Nurseries.

"As Acting Minister of Housing and Urban Development, I have noted the many inaccurate and sensational statements which have appeared in the media over the last few days regarding the proposed North Grove housing community in Curepe and wish to place the following information in the public domain."

"The North Grove site is part of a 167-acre site that is part residential, part office building and part agriculture nurseries. Occupants include various sections of the Ministry of Agriculture, Land and Fisheries and Works and Transport. Further north and west of the site, there are additional State Lands. Some families have lived on that larger parcel for decades. There are no private farmers in that area."

She said the proposed project does not interfere with the Nurseries and said that plant propagation station will continue to provide ornamental and non-ornamental plants to farmers and other persons.

"Over the years, the productivity of this Station has declined, partly due to the re-opening of Marper Farm in Plum Mitan and upgrades at La Pastora in Santa Cruz. This has left close to 100 acres largely underutilized on the 167-acre site."

"With the North Grove housing community coming on stream, there are more than 50 acres available on the Curepe site for agriculture use, should the need arise."

She added that the proposed North Grove site has not been utilised for agriculture for the past decade.

"At present, there are a few citrus trees on the site, but these are afflicted with the Citrus Greening disease – a disease caused by a vector-transmitted pathogen. In fact, the citrus on the Curepe site is believed to be the source for Citrus Greening in the country. Foreign experts have recommended the removal of the citrus trees and the shift to the propagation of citrus under controlled conditions."

She added there will be no job losses as farmers do not occupy the land.

"The claim that jobs will be lost as a consequence of the development of North Grove is absolutely false. No private farmers presently occupy the land nor use it for agricultural purposes."

"In fact, the development of North Grove will facilitate thousands of job opportunities and will contribute significantly to the local economy. North Grove will not only benefit those desirous of housing solutions along the East-West corridor, but also contractors, builders and others who rely on the housing construction sector for employment."

With reference to claims that the proposed housing plan seeks to affect voting patterns, Robinson-Regis also refuted these allegations.

"In the conceptualization, planning and execution of any housing site for development, the HDC does not consider the voting patterns in general or other elections. The HDC considers the demand, supply and availability of land for the development of affordable housing construction."

"In fact, empirical data shows that more than 50% of the applicants on the housing database, have expressed a strong preference for housing along the East-West region of Trinidad. It is for this reason that, over the past few years, the HDC has focused on completing construction of its housing developments located along this part of Trinidad."

"These include River Runs Through, Arima; Trestrail, D’abadie; Bon Air, Malabar, Real Spring, Valsayn; and even Vieux Fort, St. James. The decision therefore to approach the government for assistance in acquiring land along the East-West corridor for another housing development, was inevitable and quite necessary," she said.

Robinson-Regis said three stakeholder consultations on the project were held in furtherance of the grant of a Certificate of Environmental Clearance, which is in keeping with the lawful process which must be followed prior to any development.

"The HDC therefore takes this obligation seriously. This is unlike what occurred in 2011 when the HDC was directed to remove farmers’ crops in Egypt Village, Chaguanas and Pineapple Smith, D’abadie."

She added that the the HDC is fulfilling its mandate to "do all things necessary and convenient for or in connection with the provision of affordable shelter and associated community facilities for low and middle income persons".

She added that bona fide farmers and potential farmers can still apply for land in Orange Grove and surrounding areas.