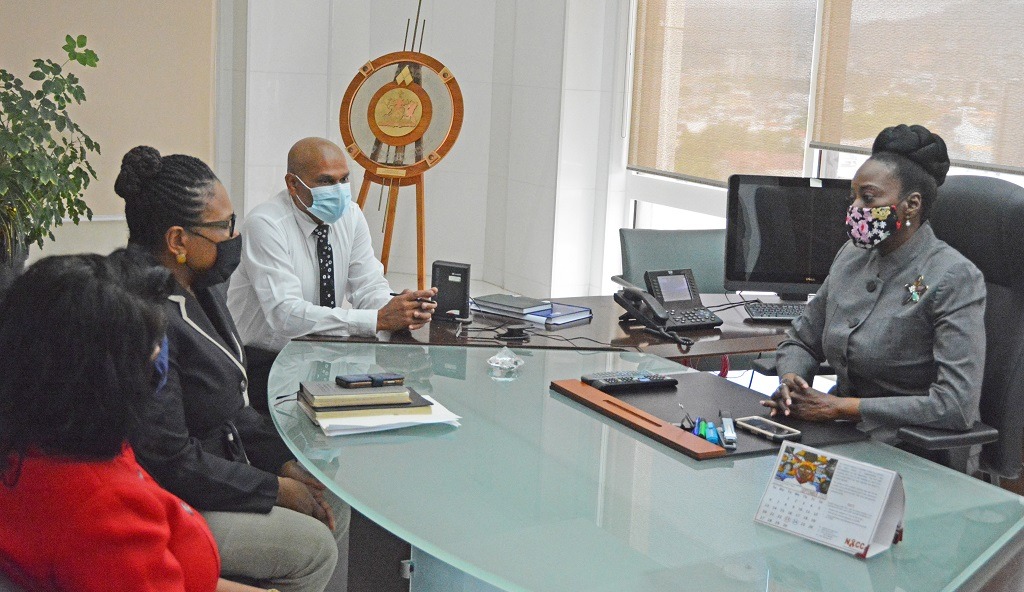 The newly-sworn in Minister of Social Development and Family Services (MoSDFS) says her first order of business is to digitise the system for grants and social services.

Additionally, she said she will place focus on making access to these initiatives quicker because “people in need cannot wait.”

The Minister brings experience from the fields of communications and the public service. She was the Parliamentary representative for Laventille East/Morvant from 2007 to 2010 and from 2010 to 2015. She served as Minister of State in the Ministry of Community Development, Culture and Gender Affairs from 2007 to 2008 and Minister of State in the Ministry of National Security from 2008 to 2010. Before her appointment to this Ministry, she served as the Minister of Communications.

While speaking with members of the media, Cox said she was pleased to begin helping empower and transform the lives of the vulnerable. She acknowledged the phenomenal work that was achieved by her predecessors during the last five years, inclusive of the work that has been on-going to bring immediate and holistic relief to those most in need particularly during this period of social and economic uncertainty.

Cox highlighted the critical importance of this Ministry in Trinidad and Tobago’s national recovery efforts. She also touted its recent launch of an internal Values, Attitudes and Behaviours (VABS) campaign which will assist the staff in becoming more client-centred.She therefore looks forward to the implementation of the national VABs campaign at the cusp of the commemoration of T&T’s 58th anniversary of Independence. She believes this will signal a call to the nation that “we are all in this together and will be equally instrumental in taking our citizenry back to its civic roots.”

The Minister ended by indicating that there is need to revitalise a sense of national pride, innovation and resilience and believes that this will assist in transforming the culture of dependency into one of sustainability.

Social Development Ministry to close on Monday after COVID-19 exposure