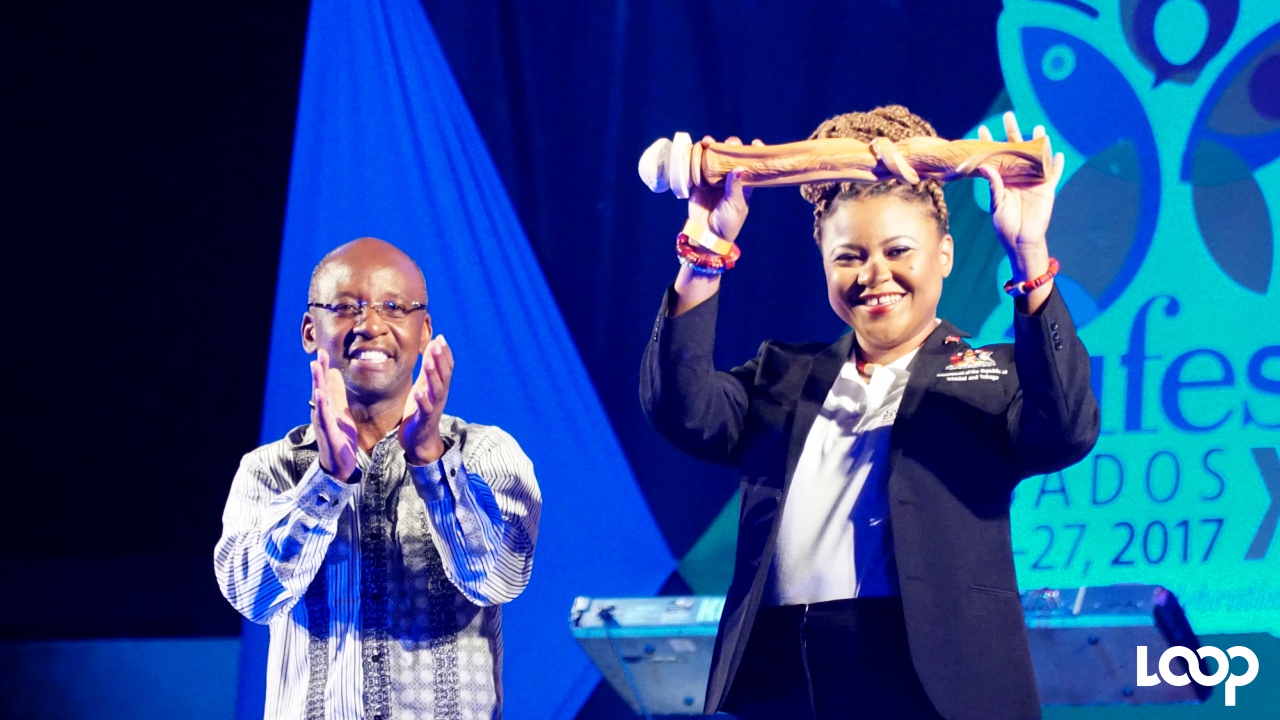 Culture Minister Nyan Gadsby-Dolly has sought to clarify the circumstances surrounding the supposed non-payment of a performer at CARIFESTA XIV.

This, as an article appearing in the Express newspaper on Sunday indicated that performer Trinidad Rio (Daniel Brown) was still awaiting his payment from the Ministry of Community Development, Culture and the Arts.

However, the performer has not yet received his payment on account of the artiste being unable to collect his cheque as he presented himself without a valid form of identification.

Gadsby-Dolly took issue with the headline, ‘Where my Carifesta Money’, describing it as misleading as it suggests that Trinidad Rio was not paid.

The artiste, during a performance at the opening of Back to Basics Tent on Friday indicated that he had an issue with the collection of his CARIFESTA cheque, but was advised to speak directly to the Minister.

The “issue” with his payment, according to the Minister, was that he arrived to collect his cheque without any form of valid picture identification.

As such, the cheque was not disbursed according to standard operating procedures at any Government Office. He advised to return with a valid form of ID.

The Minister said the article was completely unsupported by facts which could have been easily verified by an interview of Trinidad Rio or the Ministry officials.

The Ministry is still processing payments to performers who participated in the regional festival in August 2019.

Gadsby-Dolly explained that the Ministry could not process the thousands of payments before the end of the financial year in September 2019.

Payments to artistes resumed following the disbursement of funds to the Ministry.

“This coupled with queries on invoices resulted in longer payment periods for some. Having paid hundreds of artistes, the Ministry is at the tail end of payments and is working assiduously to tie up all still outstanding for CARIFESTA XIV,” she said.

Gadsby-Dolly thanked all the performers for their patience as the Ministry finalises payments.