Skip to main content
Breaking News |
5 more countries added to coronavirus travel ban; what you should know
No bail for man who threatened to kill police officer
US soldier charged for possession of a firearm
Officers, bar manager in court for child trafficking
TTPS: 2020 Carnival ‘safest in history’ with only 8 violent crimes
Man in court for setting woman afire
Two held with over 450 grammes of marijuana
Griffith: Don't wine on officers
$200K bail for Sergeant who shot WPC
29 ticketed on North Coast Road 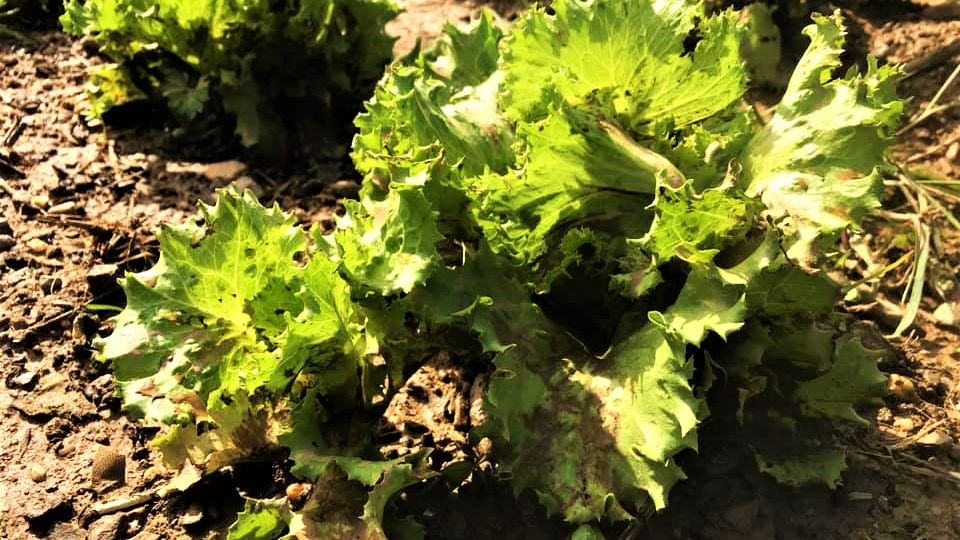 Recent flooding from the passage of Tropical Storm Karen has resulted in a temporary delay of lettuce shipments to supermarkets in Port of Spain and environs.

Minister of Agriculture, Land and Fisheries, Clarence Rambharat said there may be a delay in the supply of lettuce to the capital after flooding which damaged farmlands in North and South Aranjuez.

Rambharat told Loop News however that there’s no shortage of lettuce, just a delay in the supply to these areas.

“The Aranjuez North area which was hard hit is the area where we have short crops going to the supermarket trade and the Port of Spain Wholesale Market.”

“In Mt Lambert I went to the farm of a supplier to Xtra Foods and that farm was underwater. The crops are mainly lettuce, celery, tomato and sweet peppers- also some cauliflower.”

“Those supermarkets whose suppliers were affected would take a couple days to get to alternative suppliers. Overall - I believe we have enough supply across the country to fill the gap and keep prices stable,” he said.

Rambharat said during the rainy season low-lying crops would be at risk.

“Short crops in low lying areas are always at risk to flooding. The farmers like the river bank or close to because of the water supply and the excellent soil. But there are risks.”

“With lettuce and seasonings the supply risk is moderated by the fact that there are many hydroponic farmers producing these crops. A just takes a little time for buyers and sellers to connect and this is done at the wholesale markets,” he said.

He added that his Ministry would soon be launching the Woodford Lodge Wholesale Market which would give supermarkets, restaurants and wholesale customers in Central an additional option for procuring produce.

However, President of the Agricultural Society of Trinidad and Tobago, Dhano Sookoo, said she thinks the situation could worsen if protective measures are not taken.

“I am not in total agreement with the Minister’s statement. Up to Sunday morning, I was at Macoya market and lettuce, which is usually dominant in the market, was in short supply.”

Sookoo, who assisted farmers with irrigation measures for their crops during the Dry Season’s drought-like conditions, said with the effects of climate change, a plan for protective measures for farmers should be enacted.

Otherwise, she said, the price of produce will continue to rise.

“There is going to be an effect on prices because of these weather conditions, you don’t only have flooding and rainfall you also have drought-like conditions, and this is why we have been asking the ministry to implement measures to protect agricultural systems.

“If we don’t have a protective agricultural system, it’s going to be worse next year with the effects of climate change," she said.

She said she has asked the Ministry of Agriculture, Lands and Fisheries as well as the Planning Ministry, what actions were being taken to mitigate some of the risks related to climate change, but was not given a response.

“The Ministry needs to set up a policy framework that will allow farmers to move away from open field agriculture and get into protected agricultural systems if we are to mitigate some for the risks that are coming with climate change,” she said.

Agricultural economist Omardath Maharaj said lettuce is one of the crops vulnerable to flooding and that prices may be affected.

“Yes, the production of crops such as lettuce would have been affected by flooding as these are grown low on the ground. Increased rainfall at this time of the year has historically caused issues with wilting, fungi and bacteria because of increased moisture on the plants among other issues. There is known to be a price and volume traded trade-off at this time of the year. The price would soften by December into the first quarter of the new year.”

He suggested a focus on hydroponic farming as a solution.

“An important consideration for the Ministry of Agriculture and NAMDEVCO to consider, so that consumers do not suffer availability and pricing issues, is the streamlining and marketing of hydroponic and aquaponic food production,” he said.

US soldier charged for possession of a firearm