Minister: Persons responsible for HIV contamination will be punished 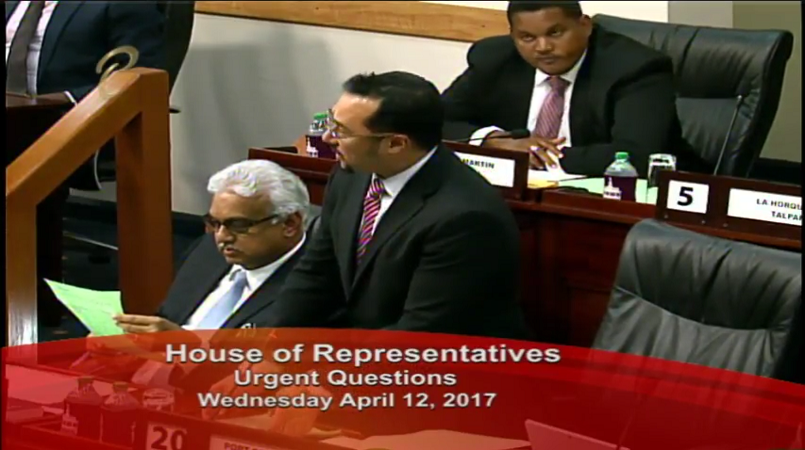 Minister Stuart Young said that Government is investigating the case of three persons including an eight-year-old boy, who were allegedly infected with HIV-contaminated blood from the National Blood Transfusion Service.

Caroni East MP, Tim Gopeesingh, asked in Parliament on Wednesday, what, if any, compensation would be given to these persons.

Minister Stuart Young replied however that first an investigation of the incident must be completed and said that the office of the Attorney General is handling the matter.

“As is customary in dealing with any issues of liability on behalf of the state the first thing that needs to be done is a proper investigation, a decision with respect to liability, thereafter it goes through a normal process which we are informed is taking place, the Attorney General and the offices in the office of the Attorney General are dealing with it and are actively engaged with lawyers on behalf of these individuals.”

Gopeesingh added that one patient who had been infected with HIV has since died.

However Young said so far it was not shown that the patient's death was a result of the contamination.

“As is customary with law, the estate of a person who is deceased may continue to press action on his or her behalf.”

In response as to who is liable, Young said that following the completion of the investigation, any person/s found liable will be held accountable to the full extent of the law.

On March 15, Health Minister Terrence Deyalsingh acknowledged that an investigation was being conducted after an eight-year-old patient and two other persons were allegedly given HIV-contaminated blood as a result of erroneous blood transfusions.