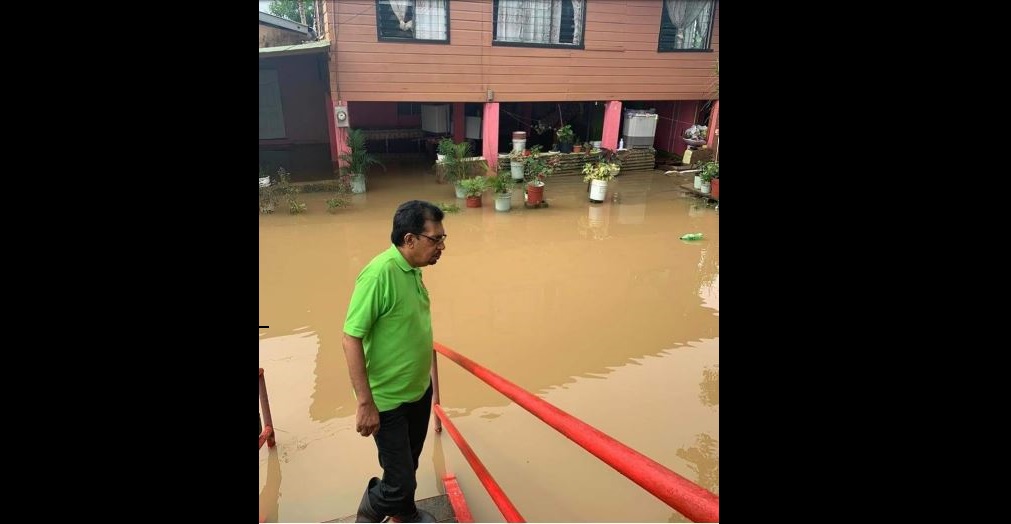 Minister of Rural Development and Local Government, Kazim Hosein, is seeking to reassure members of the public that all citizens affected by this week’s torrential rains will be assisted in the shortest possible time.

In a statement on Friday, Hosein said the 14 Municipal Corporations and state agencies will continue to do all in its power to ensure  all affected areas return to a sense of normalcy

The Minister along with his Works and Transport counterpart, Rohan Sinanan, visited flood-affected areas earlier with technical officials from the respective Ministries, Chairman of the Penal/Debe Regional Corporation Dr Allen Sammy, CEO Betty Ali and personnel of the Disaster Management Units (DMU).

Clean-up operations are already underway by CEPEP teams and Public Health workers from the Corporations in the areas where the water has subsided.

Residents have been receiving mattresses, hot meals and water from NGOs, corporate entities and unaffected citizens from the Penal/Debe region.

Minister Hosein explained that the Ministry continues to utilize “an all-of-Corporation approach to emergency management and we are deploying as much resources as possible to ensure that the lives of residents return to normal as soon as possible.”

“I would like to thank all the Mayors and Chairmen of the 14 Municipal Corporations. Special commendation to the newly elected Councillors, some of whom have not even been sworn into office. You have definitely demonstrated that you are ready and willing to serve the burgesses that you represent when you called to do so,” said Minister Hosein.

He also praised the CEPEP workers who have been instrumental in the massive clean-up efforts and further thanked all CERT volunteers, NGOs and the local business community for their immediate response to calls for assistance.

Citizens are reminded that emergency response teams will be visiting their communities to conduct assessments. For any assistance, members of the public can contact the Municipal Corporation’s Disaster Management Unit hotlines. For the burgesses of Penal/Debe, contact 800- PDRC (7372).