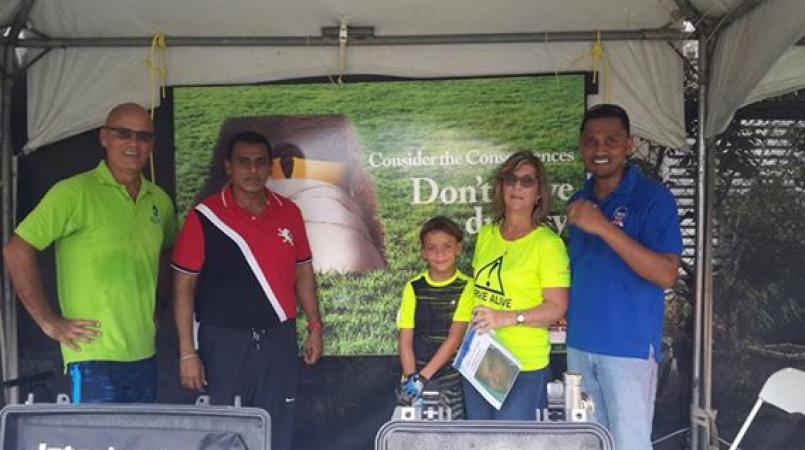 Recently instated Minister of Works and Transport, Senator Rohan Sinanan says the Ministry is now involved in legislative reform and other solutions that will support and improve safety on the road.

Speaking at World Day of Remembrance of Road Traffic Victims, hosted by Arrive Alive, Sinanan said “While statistics from the Traffic and Highway Patrol Branch indicate that fatal accidents have decreased from last year by 15% and deaths by 14%, we still have a lot of work to do.”

Referring to the proposed Demerit Points System initiative which allows for points to be assigned to a driver’s licence, Sinanan said the Ministry is at the stage when this Policy for the Amendment of the Motor Vehicles and Road Traffic Act is available for comment on the Ministry of Works’ website.

The Minister said the Traffic Management Branch is engaged in numerous projects “that will continue to help make road travel safer especially for non-drivers.”

These include the increased presence of pedestrian crossings in urbanized areas.

Two examples of this work include pedestrian crossing facilities in Curepe and San Juan at the Priority Bus Route and Eastern Main Road.

Recently the Traffic Management Branch installed pedestrian head signals, bells, and improved signage to assist walkers in these two areas and was able to re-paint approximately 180KM of road markings on major roadways that were faded.

Additionally, in the near future, the Traffic Division will focus its efforts on further safety initiatives that will include:

•             Resigning our Highways with informational signs that provide directions.