Ministry cracks down on animal smuggling 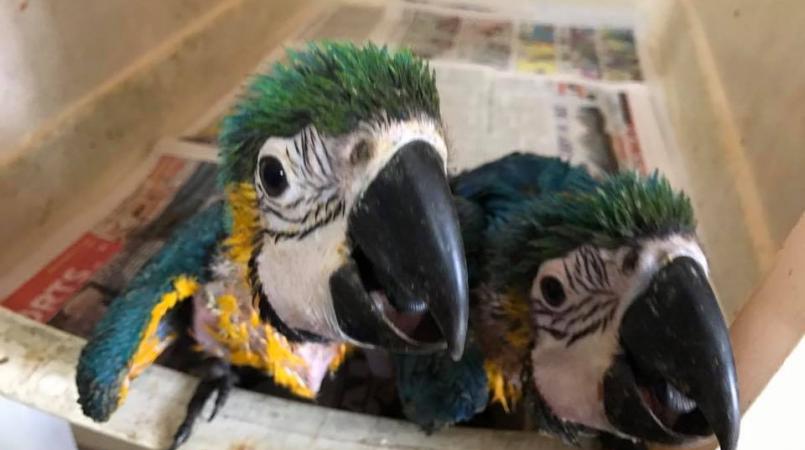 The Agriculture Ministry is warning against the sale and purchase of exotic animals as it ramps up its efforts to ensure that proper procedures are followed as it relates to the possession of such animals.

In a Facebook post, Agriculture Minister Clarence Rambharat made a plea to citizens to put an end to smuggling and the illegal purchase of birds and other protected species.

The health and well-being of animals and birds locally is put at risk with the illegal pet trade, Rambharat said, as he noted that the animals smuggled into the country may have injuries and ailments that may not be easily noticeable.

“And, it is not the smugglers and sellers only. It's the buyers, the people who fork out the $3000 for a blue and yellow macaw. Many of these birds and animals are damaged and diseased when they reach the buyer.”

Rambharat revealed that recent operations carried out by the Ministry led to the seizure of 22 yellow and blue macaws, with 15 of them having been babies.

They have been quarantined and are undergoing the requisite testing.

Declaring that smuggling and illegal purchasing must stop, the Minister indicated that the Ministry’s efforts will be intensified, and will soon focus on possession of animals and birds without permits.

He urged those who may be in possession of animals which require permits to go to the nearest Forestry Division office and ensure that their affairs are in order.

Following a 2013 amendment to Second Schedule of the Conservation of Wildlife Act, the following birds and animals are listed as protected:

Rallidae—All birds belonging to the Family Rallidae (Coots, Rails, Waterfowl and their allies)

Ramier or pigeon (all kinds)

The following birds may be caged once the relevant permit is obtained:

Cage birds which may be captured or kept captive by cage

If viewing in app, please swipe left on the feature image above to view the gallery.