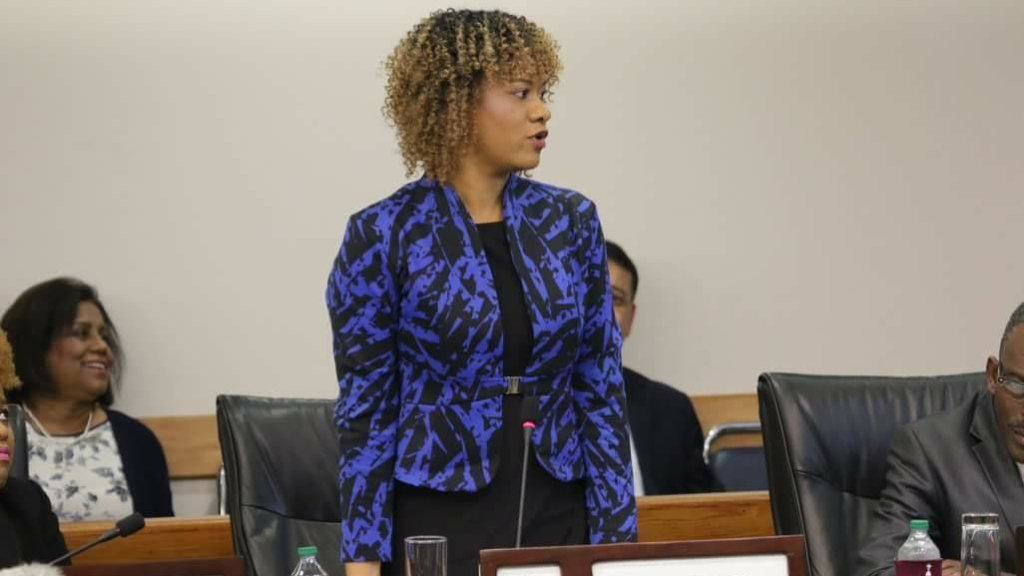 Government will be holding a Community Sensitisation Forum (CSF) on issues surrounding HIV as well as gender-based violence in Tunapuna on Saturday May 12, 2018.

In a statement issued by the Office of the Prime Minister for Gender, Minister Ayanna Webster-Roy said that the forum seeks to raise awareness about HIV and AIDS as well as sensitising communities about gender-based violence.

"As GBV is one of the structural determinants of HIV, raising awareness about the relationship between GBV and HIV is another critical area of focus. This pilot forum would also provide information for the roll-out of the initiative in all communities across Trinidad and Tobago," the Ministry said.

Webster-Roy has been working collaboratively with NGOs, stakeholders, private sector as well as bilateral organisations in an effort to eliminate the dual epidemics of Gender-Based Violence (GBV) and HIV.

The National Strategic Plan for HIV and AIDS 2013-2018 calls for the prevention of HIV using a combination of biomedical, behavioural and structural interventions.

Specifically, it is aligned to the strategic intervention in the NSP which is to ‘develop and implement gender-based, life-cycle based and culturally relevant education programmes for the general public’.

It is the core function of the NACC to reduce the susceptibility of the population to HIV and AIDS by providing its citizenry with information to make decisions to facilitate behavioural change in the population.

Likewise, the Gender Affairs Division is the national focal point for gender and development that works to promote gender equity and equality through the process of gender mainstreaming in all Government policies, programmes and projects.

The Ministry said this pilot outreach will target persons infected and affected by HIV and AIDS, adults, youth, and children in the community, and persons affected by gender-based violence.

The Forum would be held in collaboration with the MP for Tunapuna, the Honourable Esmond Forde as well as the Tunapuna-Piarco Regional Corporation.

The CSF is a collaboration between the OPM, community leaders, NGOs, other ministries and key stakeholders and partners.

"HIV and GBV are interlinked dual epidemics plaguing our society today. The 2017 Women’s Health Survey of Trinidad and Tobago showed that 30% of ever partnered women experienced lifetime physical and/or sexual partner violence."

"A 2016 Study found that about two-thirds of adults felt that central government was not doing enough to sensitise about sexual abuse. (CADRES 2016: Knowledge and Attitudes Among Adults and Children on Gender Based Violence in Trinidad and Tobago)."

"Moreover, fear of violence was a barrier to HIV disclosure for an average of 25% of participating women (Global AIDS Alliance 2009: Violence against Women and Girls and HIV/AIDS)."

Additionally, children who have been sexually abused are more likely to engage in behaviours which place them at risk for HIV as adults, while violence against women is also associated with increased risk of acquiring sexually transmitted infections which are risk factors for HIV, the Ministry said.

"Violence and trauma can lead to lower adherence to treatment, lower CD4 Counts and higher viral loads. Violence can also occur as a result of HIV status for example violence arising out of disclosing one’s status to a partner," the Ministry said.

The Ministry added that sexual violence against men and boys is also a significant problem.

"Rape and other forms of sexual coercion directed against men and boys take place in a variety of settings including the home, the workplace, school, on the streets, in the military, in prisons etc Official statistics may under-represent the number of male rape victims since male victims may be even less likely to report sexual violence than female victims," the Ministry said.

"Gender-Based Violence (GBV) undermines the human rights, health, dignity, security and autonomy of its victims, yet remains shrouded in a culture of silence."

"These victims can suffer several sexual and reproductive health consequences from unwanted pregnancies to sexually transmitted diseases such as HIV and even death."

"GBV, especially the threat of violence against women can hamper their ability to adequately protect themselves from HIV infection and encourage healthy sexual decision-making. Gender inequality underlies both HIV transmission and sexual violence and its manifestations," the Ministry said.

The event will take place on Saturday, May 12 at 4:00 pm at the Tunapuna Community Centre.

For more information visit the Ministry on Facebook on www.facebook.com/genderandchildaffairs