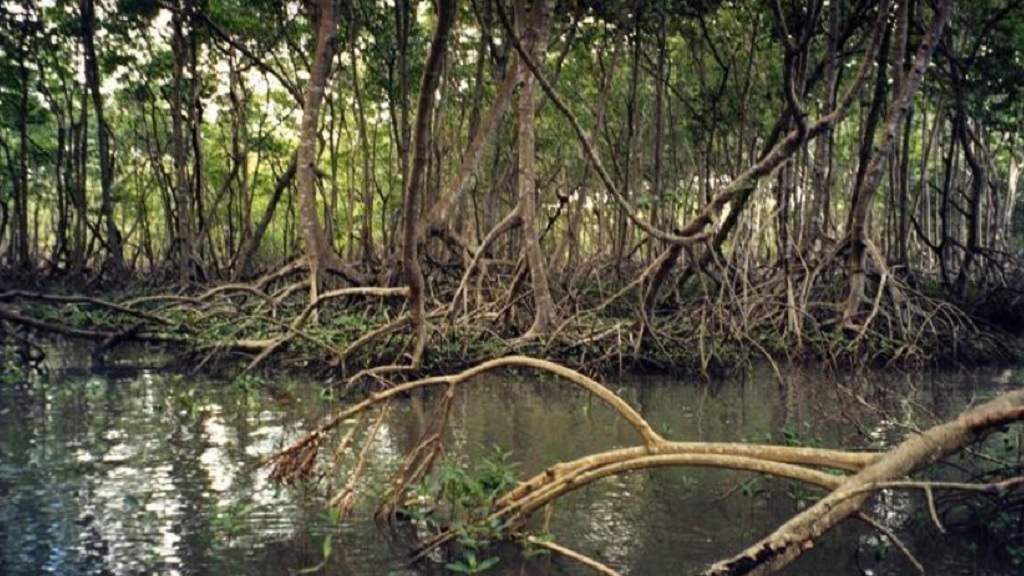 Photo via Institute of Marine Affairs.

Mangroves have declined over the last seven years, due in part to development as well as the use of agrichemicals from local farmers, according to the Ministry of Planning and Development.

In a statement issued earlier this month, the Ministry said it’s now taking action to raise awareness on the protection of mangroves, which are critical for protecting the country from coastal erosion.

“Much of the mangrove forests in  Trinidad and Tobago have been impacted by human activities, and are now projected to be negatively affected by sea-level rise especially where they are starved of sediment and/or constrained on the landward side by built development – a process known as coastal squeeze.”

The Ministry said in Trinidad this was due to destruction of the mangrove for the construction of buildings and highways, for example the Godineau Swamp, Cuesa River in Chaguaramas, Guaracara River and in Marabella and Claxton Bay, due to development.

There was also a loss of mangroves in the Caroni Swamp primarily due to erosion on the seaward side and large areas of die-off north of Blue River.

“While these may seem like small declines, the impacts of mangrove loss are significant.”

“With an estimated 80% of all socio-economic activities and 70% of our population located near the coast, mangrove protection is vital for the safety and livelihoods of our communities,” the Ministry said.

The Ministry said it is taking action to reduce threats through the Institute of Marine Affairs in collaboration with the University of the West Indies.

The Ministry said there will be a series of workshops and a demonstration project which is being done with farmers to show them alternatives to using fertilizers and pesticides, with the hope of reducing pollution from agricultural runoff in the southern side of the Caroni Swamp.

“The Planning Ministry is also working to strengthen the protection and management of these vital resources,” the Ministry said.

The Ministry said this project has resulted in the allocation of more resources to effectively enforce protection of these areas.

The IFPAMTT project recently saw the conclusion of a socio-economic survey on the status of forests and protected areas in Trinidad and Tobago, which included the mangrove forests at Caroni Swamp and Nariva swamp.

This survey, which focused on the six pilot protected areas, has put a monetary value of 18 million+ TTD to the benefits that can be derived from effective and sustainable management of these resources from just those areas.

“The Ministry of Planning recognizes the capacity of mangroves to offset carbon emissions by capturing and storing carbon dioxide and through the IMA, in collaboration with the UWI, is undertaking work to measure carbon sequestration of our mangrove forests and to put a monetary value for this service. This work is aligned to Trinidad and Tobago’s National Development Strategy Vision 2030 which though Theme V -  Placing the Environment at the Centre of Social and Economic Development, makes environmental protection and conservation an essential pillar of our developmental trajectory.”

“Without these critical interventions by the Ministry of Planning and the IMA, loss of mangrove forest can result in increased threats to human safety and increased damage to shorelines from coastal hazards such as erosion, flooding, and storm waves and surges,” the Ministry said.

“Minister in the Ministry of Planning and Development, the Honourable Cherrie-Ann Crichlow-Cockburn, in her new role emphasizes the Government’s commitment to safeguarding Trinidad and Tobago’s environmental resources for future generations,” the Ministry said.