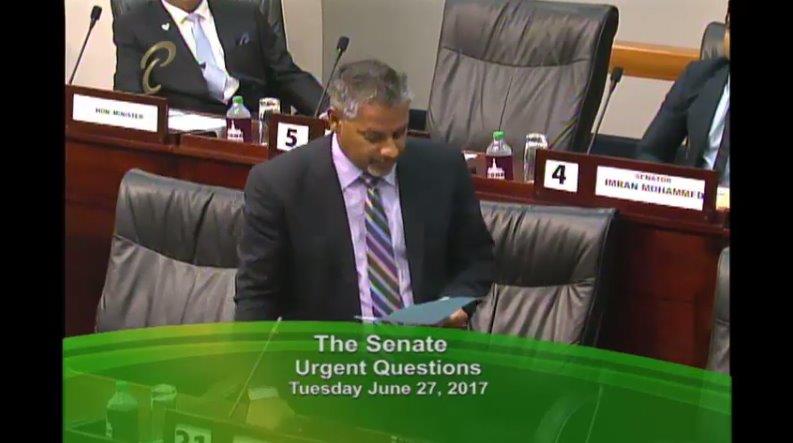 Responding to a question in the Senate on Tuesday, posed by Opposition Senator Wade Mark, Minister Clarence Rambharat said the Ministry is also working with NAMDEVCO and the Public Health Division of the Health Ministry to carry out periodic inspections at municipal and other markets across the country.

Concerns were raised about the safety of produce being sold by roadside vendors and at markets following media reports of theft at a farm in Tabaquite which was affected by floods.

Around 400 pounds of cabbages was reported stolen from the farm last Friday morning.

Rambharat indicated that the Praedial Larceny Squad is also monitoring the situation, paying particular attention to market and roadside sales in light of the risk of stolen vegetables and fruits affected by flood entering into the marketplace.

“It’s an ongoing system which involves a combination of the praedial larceny squad which conducts patrols and interfaces with vendors across the country seeking the appropriate documentation from vendors in relation to what they are offering for sale and also through the work that they do at municipal markets.

Also, in addition to that, municipal markets are required to look for documentation from vendors in relation to the ownership of the purchase of produce for resale.

This is ongoing work that takes place, of course, increased in the current situation.”

However, he said that the risk of that produce coming into the marketplace has been significantly reduced with the length of time that has passed since flood waters have subsided.

Rambharat advised consumers to purchase produce at farmer’s markets, inspect all produce before purchase, and sanitise before consumption.